International conference: Experts question if Bhambhore is the historical city of Debal

International conference: Experts question if Bhambhore is the historical city of Debal 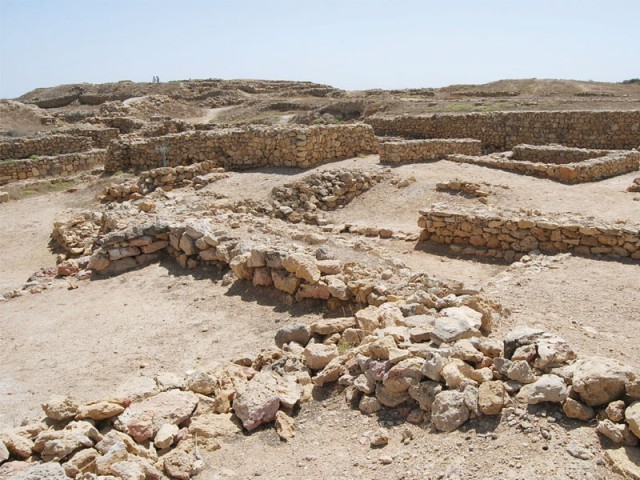 Bhambhore was once a commercial hub and had trade relations with China and Middle East states for centuries. PHOTO: EXPRESS

HYDERABAD: The archeological wonders of the place notwithstanding, one of the burning issues addressed by some experts here was whether the spot they were standing on was the place where Mohammad bin Qasim first made contact with the Indian subcontinent.

At the inaugural International Conference on Bhambhore, organised by the Sindh Culture Department last Saturday, archaeologists touched on the controversy that whether Bhambhore was the historical city of Debal, the location where Islam is supposed to take roots in the subcontinent for the first time. They also emphasised on the lack of work done so far in analysing the antique items that were found from the site.

Bhambhore is located within Thatta district and lies close to the Arabian Sea. It was discovered in the 1950s, but it has remained nestled in local folklore for centuries, apart from the military conquest by Arabs in 712 AD that has firmly established itself in Pakistan’s annals of history.

Excavations began on the site in 1958, but were abruptly halted in 1965. They were resumed by a team of French, Italian and Pakistani archaeologists after a hiatus lasting more than four decades, when the provincial government finally gained control of historical sites in the wake of the 18th amendment.

Some important landmarks found at Bhambhore include remains of a mosque, arguably the first in Indian subcontinent, residential and industrial buildings, and a market. Researchers also found a treasure trove of antique objects like pottery and ceramics, coins, inscriptions, glassware and semiprecious stones and ivories. While most of these items were reportedly made locally, others were imported from present-day Egypt and other states in the Middle East, or entered the city through the South China Sea.

“Bhambhore is not an isolated entity,” said Prof Dr Rafique Mughal of Boston University. “It had trade relations with other empires for centuries.” The place was under the Psytho-Parthian influence from 100 BC to 200 AD. Before the advent of Islam in the area in early 800 AD, Brahmanic and Sassanid influences are traceable from the 4th to 7th centuries AD.

“We excavated the site but not studied it properly,” observed Dr Kaleem Lashari, who is an archaeologist. While antique items dating back to 100 BC have been discovered from here, no one is quite sure about their origins.

Bhambhore was indeed an important commercial hub, as “luxury and decorative pieces were imported from Syria, Iran, Iraq, China and other countries for over ten centuries,” said Lashari. He also seemed doubtful of claims that Bhambhore and Debal were the same site, and that its civilisation flourished till the end of the 13th century. “The 12th and 13th century Iranian Mina and luster works, and 13th century fritware items have not been found in Bhambhore.”

He ruled out that the city suffered due to a stoppage of maritime trade or witnessed austerity during this time period. “It got wiped out from the world map for reasons which have yet to be established

Prof. Monique Kervran, a renowned French archaeologist, who has worked extensively on archaeological sites in Iran and the wider Gulf region, differed with Lashari’s take on Bhambhore. She referred to the geographer Al-Muqaddasi, who had documented an earthquake in Debal in the 9th century, and Ibn Al Majawir, a Persian chronicler, who got to the city by boat in the 13th century and mentioned seeing skeletons at Debal. These findings were also supported by the archaeologist, F A Khan. According to Kevran, both Al-Muqaddasi and Ibn Al Majawir used the names of Bhambhore and Debal interchangeably. “The history of Bhambhore is the history of Deybal,” she claimed.

While steering the discussion away from excavations and discoveries (or lack thereof), Karachi University’s Prof Luqman Palari referred to the memorial love story of Sassui and Punhoon, which established Bhambhore firmly in the country’s history. Palari also claimed that Shah Abdul Latif Bhitai referred to Bhambhore 67 times in his poetry.

A mother’s pain: Mai Jindo is not sure if it was all worth it