The feelin­g I had was that of walkin­g into an old ancest­ral family home.
By Chintan Girish Modi
Published: March 11, 2012
Tweet Email 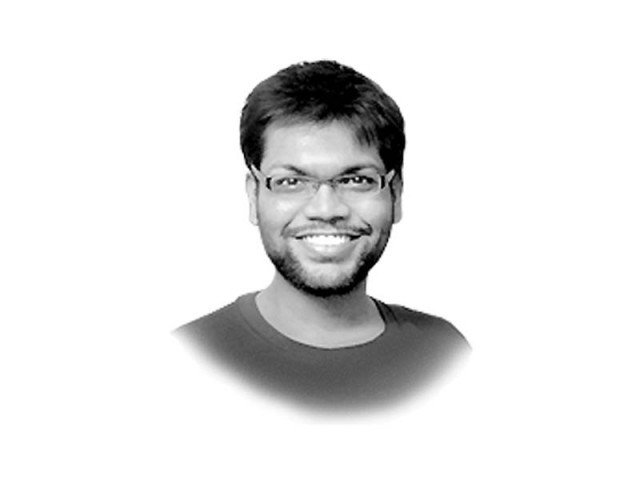 It was my last evening in Lahore. We were at the famous Cuckoo’s Den restaurant in Heera Mandi. Artist Iqbal Hussain’s labour of love, trying to reclaim the lost glory of this cultural hub, is a lovely space, especially if you are seated on the terrace, overlooked by a magnificent view of the historic Badshahi masjid.

While everyone else was waiting for their dinner to arrive, Haroon and I excused ourselves for a while. He wanted to say something. It took a while for the words to come. “Chintan, we would have been such good friends if we were living in the same city. We share so much in common,” he said. I was deeply struck by that spontaneous expression of friendship. It was a reaffirmation of the respect and affection I had felt for Haroon since the day we first met. I was overwhelmed, so there was a long pause before I said, “I know, it’s so unfortunate. But we must stay in touch. I think I’m going to cry when I leave.” I did.

Haroon, 27, is an anthropologist by training, works at the Citizens Archive of Pakistan (CAP), and is deeply interested in recovering and celebrating the lost histories of minorities in Pakistan. His remarkably pluralistic perspective is informed by the rigour of reading, observing, listening and, perhaps most importantly, questioning.

I was part of a 21-member delegation that crossed the Wagah Border near Amritsar to spend five days in Lahore, thanks to Exchange for Change, a collaborative programme run by Routes 2 Roots, a Delhi-based non-profit organisation and the Citizens Archive of Pakistan (CAP), which has offices in Karachi, Lahore and Islamabad. The reciprocal visits of students and teachers from Pakistan to India and from India to Pakistan were planned as the last leg of the year-long exchange program that involved 2,400 students from Karachi, Lahore, Delhi and Mumbai.

Through an exchange of letters, postcards, photographs and oral history recordings, this programme sought to help students from both sides of the border appreciate the possibility and merits of sustained dialogue in order to gain a clearer understanding of their shared history, culture and lifestyles. This material was exchanged in the hope that it would clarify misconceptions, dispel misinformation about historical events and empower children to reject inherited prejudices and form their own opinions based on personal experience.

The two educational institutions that we visited were The City School and the ILM school. The welcome ceremonies, special assemblies and performances, guided tours, free-flowing interactions, lavish meals and photo sessions gave us a rich experience of their warmth and hospitality. I also mean Haroon Khalid, Anam Zakaria and Owais K Rana, three amazing young people in their 20s, doing important and inspiring work at the CAP, beautifully representative of a Pakistan that most Indians don’t know. They live in a society that is often dismissed as traditional, orthodox and unworthy of being engaged with. In their little personal choices, however, they resist becoming just what they are expected to be, in matters of gender, food and faith.

We visited some of the loveliest places in Lahore — Jehangir’s tomb, Data Darbar, Gawal Mandi, Iqbal’s tomb, Lahore Fort, Lahore Museum, Gurdwara Dehra Sahib, Liberty Market and Government College. However, my fondest memories of Lahore are of the Lahoris — the lovely people from CAP, the friendly hotel staff at Avari from manager to janitor, singer Shafqat Amanat Ali who made time to sing for us, the qawwals at Peeru’s Cafe, the vice-chancellor of Government College who humbled us with his hospitality, the shopkeepers, the immigration officials, just about everyone.

I’m 26 now, and I had been waiting for this trip for 15 years. I remember getting upset as a child when people said hostile things about Pakistan. I spoke of my desire to see Pakistan, and was either snubbed, scolded or laughed at.

Being able to eventually go despite the bureaucratic and political hurdles, border crossings and stringent visa procedures, was a great feeling. For me, crossing the border was never about setting foot into enemy country. The feeling I had was that of walking into an old ancestral family home.

Correction: ILM school had been written as Institute for Leadership and Management in an earlier version of this article. The correction has been made.