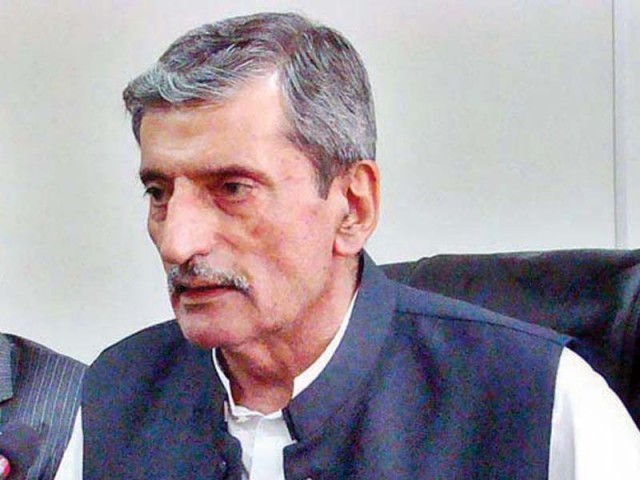 Railways Minister Haji Ghulam Ahmad Bilour has been named as an accused in a multi-billion scrap scandal, currently being investigated by the Punjab chapter of National Accountability Bureau (NAB).

On the orders of the Supreme Court, NAB initiated investigations into the alleged disposal, in clear violations of prescribed rules, of 39,000 metric tons of Railway scrap valued at more than Rs300 million.

The bare facts of the case indicate that the chief controller of stores, in connivance with different contractors, allegedly floated bulk tenders for the sale of scrap for the first time in the history of Pakistan Railways, to restrict competition and keep prospective bidders away.

The tenders had been awarded to the contractors, some of whom are considered to be very close to the railways minister as well as top ranking railways officials, on cheaper rates as compared to the open market, allegedly for the purpose of financial gain.

The alleged sale of the scrap had been made at throwaway prices in gross violation of the Public Procurement Regulatory Authority (PPRA) and departmental rules for embezzlement through misuse of authority by causing loss to the national exchequer, investigations revealed.

Investigations revealed that when the tenders were awarded, the rate of scrap was about Rs37,000 per metric ton, while the Pakistan Railways auctioned it for Rs28,700 per metric ton.

Later, on the orders of Supreme Court, the case was referred to NAB to ensure the arrest of all accused. The case had been referred to the NAB Punjab from the Special Operations Division set up at the NAB Headquarters in Islamabad on December 19, 2011.

Following the Supreme Court’s intervention, the bureau has been able to recover Rs3.5 billion from the accused in account of 34,000 out of the 39,000 metric tons of scrap, sources told The Express Tribune.

The NAB Punjab had arrested five of the accused in this case, including former chief controller of stores Pakistan Railways Khalid Mohiuddin. Four arrested contractors including Zahir Khan, Khalid Noor, Shabbir and Shakil were, however, conditionally released after paying Rs70 million on account of about 4,000 metric tons of scrap.

One of the accused, then railways secretary Samiul Haq Khilji, had left the country immediately after the scandal was uncovered. Saeed Akhtar, the serving general manager of Pakistan Railways, who is also alleged to have been involved in the scandal and is included in the Exit Control List (ECL), still enjoys the most important post in Pakistan Railways, sources said.

The former chief controller of stores during investigations revealed that Bilour, Khilji and Akhtar had received Rs150 million in the scam.

NAB had summoned the general manager who recorded his statement but failed to prove himself innocent, while the former secretary did not appear before the investigators at all investigation revealed.

Despite recording Mohiuddin’s statement, NAB has so far failed to summon the railways minister to clarify his position.