The great (fire)wall of Pakistan

The great (fire)wall of Pakistan 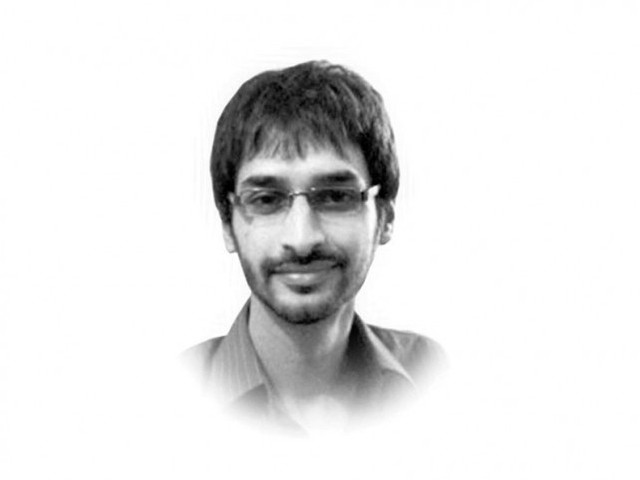 The writer is Web Editor of The Express Tribune and tweets @Jhaque_ jahanzaib.haque@tribune.com.pk

The modus operandi is almost always the same; instructions are passed from the government, establishment or courts to the Pakistan Telecommunication authority (PTA) who then sends a notice to all internet service providers (ISPs) to block the sites. To legitimize the steps taken, directives and legislation are introduced such as the Pakistan Telecommunications (Re-organisation) Act, 1996 that criminalises vague and broad offenses, banning the dissemination of “false” or fabricated” content, or the even vaguer, “mischief.”

The ISPs do not protest, or question whether their customers’ right to information or freedom of expression is being trampled on. They do not even inform their customers that a block has been put in place, or provide a publicly available list of sites blocked along with legal grounds (if any) for blockage. All the customer gets is a single line message upon trying to access a site: this page has been blocked, by orders of the PTA – and now, we may well be getting that message for up to 50 million more sites in Pakistan.

In a bid to establish what is being termed ‘the great (fire)wall of Pakistan’, the government has floated a request calling for proposals to ensure blocking and filtering of “undesirable content” at a national level. The National  ICT Research and Development Fund has sought bids for a system that “should be able to handle a block list of up to 50 million URLs with a processing delay of not more than 1 millisecond.”

The implications of such capabilities in the hands of the above institutions, given their history of abuse and lack of cognizance of citizen rights (not to mention servitude to extremist pressure groups), is terrifying. Internet in Pakistan, even with its limited penetration has been the only independent, partially free space for the exchange of information and ideas. To see that come to a quick, strangulated end by having policies and systems set up to censor huge swathes of the online space can only come from individuals/institutions that are fundamentally ignorant of the damage they are inflicting.

To best judge how skewed the priorities of those carrying out this censorship of the internet is, one only has to Google for jihadi literature and websites of anti-state/banned groups such as Hizbut Tahrir Pakistan, to see how they operate online with impunity. Needless to say, the ongoing and upcoming blockage and filtering of web content is likely not a case of good intent, flawed execution.

It is now up to the Ministry of Information Technology to prove to its citizens how exactly their censorship efforts are for the public good, and how they can be held accountable in any instance of violating local or international laws, given that the UN has declared internet access a human right.

Keeping in mind that the PTA’s attempt to ban up to 1,500 words on SMS was thwarted by the combined efforts of civil society, telcos and mass media coverage, there is hope that further blockage of the internet in Pakistan could be nipped in the bud.

At this stage, the average Pakistani must understand that this is not a “good move” to save our youth from “evil” pornography and it is not a “blessing” that will “protect” us from blasphemous content – those orchestrating online censorship are doing it to service themselves or the pressure groups acting upon them, and the impact of this will only be felt once it interferes directly in your life. Imagine the slippery slope from censoring porn and anti-establishment content to censoring your political views, blocking your blog on art, blocking your online forum such as this newspaper’s website for hosting comments deemed ‘undesirable content’. This is all just one step away.

Run for your life