Indust­ry growin­g at an averag­e of 30% per year.
By Our Correspondent
Published: February 29, 2012
Tweet Email 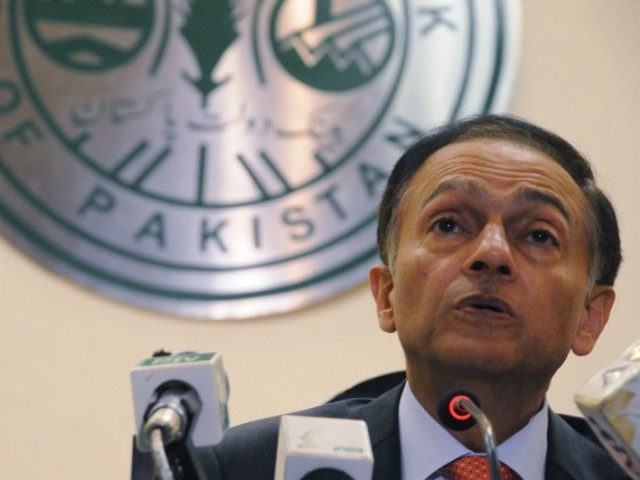 Pakistan's central bank governor Yaseen Anwar said Islamic banking industry was growing at a fast pace and maintaining an average growth of 30 per cent over the past six years. PHOTO: MOHAMMAD NOMAN/EXPRESS

KARACHI: State Bank of Pakistan (SBP) Governor Yaseen Anwar has expressed hope that the country’s Islamic banking industry will double its market share in the next five years.

Inaugurating the second two-day International Conference on Islamic Business (ICIB) on ‘Managing Shariah Conforming Businesses: Prospects, Practices and Personnel’ organised by Riphah International University at the National Institute of Banking and Finance (NIBAF) in Islamabad on Tuesday, he said the Islamic banking industry was growing at a fast pace and maintaining an average growth of 30 per cent over the past six years.

The Islamic banking network was also spreading at a significant pace with the total number of branches reaching 886, he said, adding the industry was still facing challenges and constraints that needed to be addressed to sustain the growth momentum.

According to Anwar, agriculture and SME are sectors of paramount importance, employment generation and overall development of the country. However, these remain largely ignored despite their huge potential and financing appetite.

“This represents huge Shariah-compliant opportunities for Islamic banks,” he said and added reaching out to such sectors would not only be beneficial for the Islamic financial industry but would also guarantee economic welfare of the society.