Punjab medical students take to the streets against ‘strict marking’

Punjab medical students take to the streets against ‘strict marking’

Protes­ters demand the UHS for a re-examin­ation or grace marks.
By Our Correspondent
Published: February 28, 2012
Tweet Email 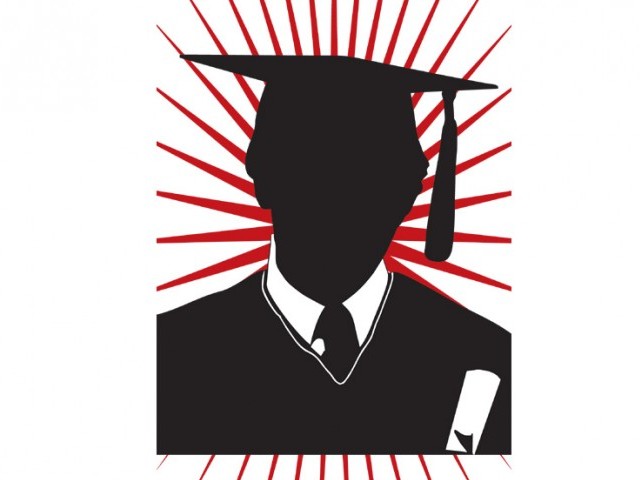 Dozens of medical students in Punjab blocked the road outside the University of Health Sciences in Lahore on Tuesday, to protest what they called was ‘strict marking’. DESIGN: ESSA MALIK

LAHORE: Dozens of medical students in Punjab blocked the road outside the University of Health Sciences in Lahore on Tuesday, to protest what they called was ‘strict marking’.

Sajjad Haider, an MBBS student at Faisalabad’s Punjab Medical College, told The Express Tribune that the reason for the huge percentage of failing students was improper marking by the UHS. He said that 174 of 300 students at his college had not cleared MBBS-III annual examinations. “Students should be given grace marks or the exam should be administered again.”

Interestingly, most protesters were students who had managed to clear the examinations and had come merely for moral support to others.

Mian Omer, another student at the PMC, said he had cleared his MBBS exam but had come to Lahore to participate in the protest to support his friends who had failed.

But as angry demonstrators blocked the road and also access to the emergency ward of Shaikh Zayed Hospital, one of Lahore’s busiest medical facilities, commuters faced difficulties in going about their business. Police officials were seen convincing the students to let traffic flow but protesters refused to heed police requests.

“I have to reach my examination center and I am stuck here in traffic. If these students have a complaint, they should talk to their professors instead of causing problems for other people,” said Muhammad Idrees, who was scheduled to sit an exam for ACMA.

Meanwhile, a UHS spokesperson said that a committee had already been established to look into the matter. “The paper was not out of the syllabus. Students should spend time studying instead of wasting it blocking roads and causing problems for other people.”