The language of justice

The language of justice

Most people in Pakist­an are not educat­ed enough to unders­tand the terms used in courts, let alone interp­ret law.
By Osama Siddique
Published: February 28, 2012 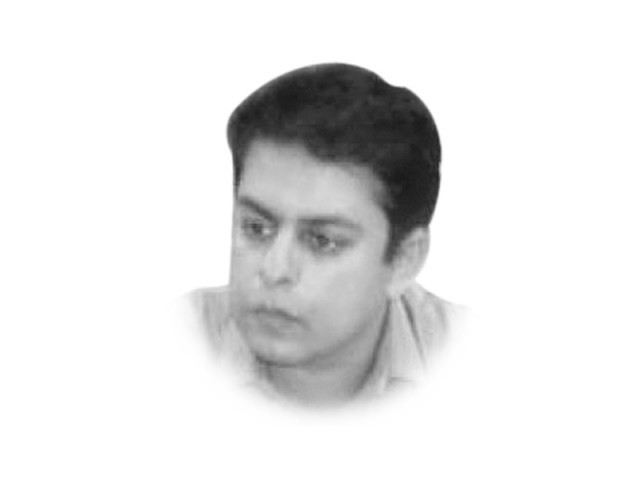 The writer is an associate professor of law and policy at LUMS. He holds a doctorate in law from Harvard Law School osama.siddique@tribune.com.pk

Last year, during a survey of the Lahore District Courts, my students and I often came across people lingering outside courtrooms as their cases were being heard. One day, I observed an elderly lady stoically standing in the exposed and freezing corridor. As her case was called, her lawyer briefly conferred with her and then hurried inside. She stayed put even though the courtroom promised some warmth. I was curious. She did not seem shy; the court was not over-crowded; and her matter was not potentially awkward as I found out. She told me that her lawyer always instructed her to stay outside. “In any case, I can’t make head or tail of what happens inside. They use strange English terms. Even the Urdu they speak is very difficult.” I opined that it must be very hard for her to assess the progress of her case and her lawyer’s performance. She said that he had become upset on occasions when she had insisted on observing the proceedings. Her deaf and mute vigil had been going on for some years.

Published in 1925, Franz Kafka’s brilliant, The Trial explores the horror and hopelessness of an inaccessible, unintelligible and unknowable legal system. A significant sub-theme deals with a slavish dependence on legal counsels to stay afloat in such a system — an oppressive reliance brought about by the clients’ ignorance. The Trial was never completed. I sometimes wonder what Kafka would have made of a postcolonial context where the predominant majority of litigants don’t even understand the language in which their laws, rules, regulations and court judgments are written. Admittedly, a fair amount of legal paperwork and court orders in the lower courts is in Urdu. Also, court proceedings are often a mix of Urdu, English and regional languages. But our rights and obligations are ultimately written in and interpreted from texts that are in English.

Coming to the levels of comprehension of our language of justice, 69 per cent of the overall respondents admitted that they either ‘didn’t understand English (40 per cent), or only ‘somewhat understood it’ (29 per cent). Almost 99 per cent of the uneducated and those with education up to or equivalent to secondary school said they did not understand English at all, or had a sketchy understanding (84 per cent admitted complete incomprehension). Cognisant of the highly indifferent quality of our school education and the teaching of English, we further probed any gaps between the respondents’ ‘stated’ general comprehension of English and their ‘actual’ comprehension of laws in English. We focused on the almost 60 per cent of the overall respondents who had said that they did indeed understand English, or that they ‘somewhat’ comprehended it and asked them if they could read and comprehend the laws applicable to their cases. As anticipated, a stated general comprehension did not necessarily translate into an ability to understand laws in English. Many respondents, who had earlier expressed some facility with English, expressed their inability on this score. Consequently, it emerged that 56 per cent of the overall respondents did not at all comprehend the laws and regulations applicable to their cases as they were in English. They are the ones who haplessly wait outside the court rooms while their fates are being decided — or mostly delayed. This is a remarkable dimension of disempowerment — a language apartheid even Kafka did not envision. Or else, there may perhaps have been many sequels to The Trial.

As mentioned earlier, some of the court documents, land records, legal contracts and court proceedings are in Urdu. Dating from the Mughal era, this is a highly Persianised version — a very different language from the contemporary Urdu of the market, the streets and the homes. Not surprisingly, it turned out that 46.5 per cent of the overall respondents had a fair amount of trouble understanding it or did not understand it at all, due both to its technical nature and archaic usage, as well as their low levels of education.

The state of general education and legal literacy determines levels of respective empowerment in court battles everywhere. Despite the necessity, at times, of technical terms for precise rendition of legal concepts, a country’s language of justice can still make some sense to its people because hifalutin as it may be, it is their language. Impaired by very low levels of general literacy and poor quality education as they are, a vast majority of Pakistanis speak languages other than that in which their laws are written and interpreted. This presents a fundamental challenge to comprehending and accessing the Pakistani legal system for pursuit of justice. Developed countries recognise the apartheid of ignorance and disempowerment created by legalese. The introduction of ‘Plain English Rules’ is one significant response. Any levelling of the playing field, however, can only come through meaningful access to quality education and information.

A few years ago, some efforts were made to redress the balance in the interim — information kiosks in courts, publication of simplified Urdu versions of laws, legal literacy and rights advocacy campaigns through media, and citizen-court liaison committees were some of the initiatives briefly pursued. Once international donor money ran out, so did our commitment. Any leftover funds remain largely unutilised. It is not just the government, the legislature and the judges who seem not to care. With TV increasingly accessible to more Pakistanis, a tremendous opportunity remains unutilised to dedicate some airtime everyday to legal literacy and rights awareness. However, the electronic media seems torn between the Memo and Meera. Meanwhile, hundreds of thousands of Pakistanis engage in guess work as they mutely wait outside courtrooms that are abuzz with an incomprehensible language.