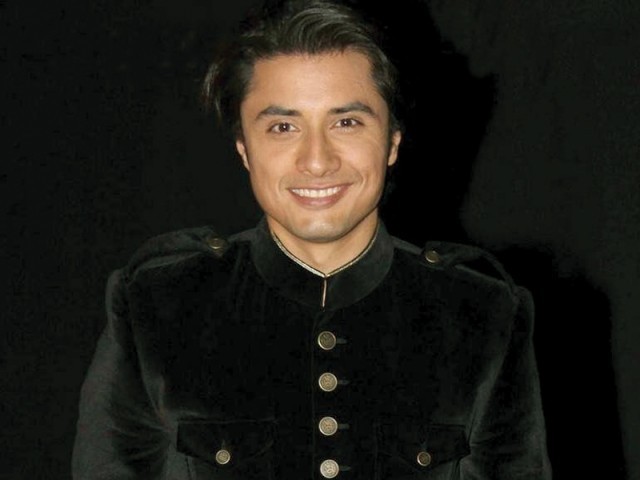 Ali Zafar is of the opinion that young directors will improve the country’s film industry. PHOTO: FILE

NEW DEHLI: Pakistani singer-actor Ali Zafar says Pakistani cinema is going through a bad patch but feels that with the entry of new age directors and the social media, the content quality is expected to improve.

“Pakistani cinema is going through a rough patch, but slowly, it is getting better, with new age directors getting into film-making and producing films like Bol and Khuda Kay Liye,” said Zafar, who is now gearing up for the release of his third Bollywood venture London, Paris, New York.

The 31-year-old actor admits that the new generation in Pakistan is opening up to fresh and realistic stories. “People have rejected those bogus old ways of telling stories as they want something new. Pakistan is witnessing a new wave, thanks to social media. With the help of social media, people have rejected the old norms through commenting, conducting debates and discussion,” said Zafar. “For example, there was a video of a woman who goes to a park and raids couples, asking them whether their parents know about their relationship. People didn’t like it and they stood against it; as a result that girl was held accountable and got fired.”

He further adds, “It feels very nice to see that youth and people are aware, they are more politicised. They all want change. It is a myth that Pakistan is a conservative country.” Zafar also pointed out that Pakistan was once a prolific movie-making country. “Pakistan had 1,300 cinema halls in the 1970s with an average annual production of around 300 movies. But by 2005, the country had only 270 cinema halls and made about 18 movies a year. The rest of the movie halls have been converted into gas stations, shopping malls or car showrooms,” said the actor.

“Movie buffs in Pakistan had a hearty appetite for Bollywood movies, but they had to watch pirated copies of Hindi films as the release of Indian films had been banned in Pakistan. In 2008, the Pakistan government lifted the ban on Indian films and that has given a much-needed boost to the cinema business”, added Zafar. “Since Indian films have started coming to Pakistan, people are going to cinemas more often. Now more cinema halls are being constructed,” stated the actor. Sharing the same opinion, Nadeem Mandviwalla, whose company Mandviwalla Entertainment manages Atrium cinemas in Karachi, in an earlier interview with The Express Tribune, agreed that Pakistan’s cinema industry has recovered dramatically due to record-breaking Indian movies. Giving an example of the industry’s growth in recent years, Mandviwalla said an Indian movie Singh is Kinng was released in Pakistan three years ago and grossed Rs30 million in three weeks. “More recently, Don 2, a film of similar grandeur has done the same business in just five days,” he said.