The Frenchwoman who fell for the dancing girls of Lahore

The Frenchwoman who fell for the dancing girls of Lahore

The journa­list, noveli­st and Egypto­logist wrote a novel based on her travel­s in the late 80s.
By Imran Yusuf
Published: February 25, 2012
Tweet Email 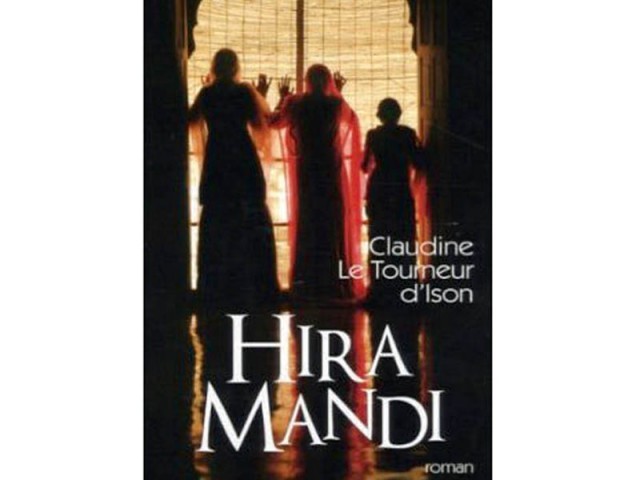 The journalist, novelist and Egyptologist wrote a novel based on her travels in the late 80s.

Claudine Le Tournier d’Ison met her now-husband Cyril in 1989. He was fascinated by Afghanistan and she was fascinated by India. They did what every couple who stay together do: they compromised mid-way. Thus, they embarked on a five-month journey through Pakistan, eventually settling in Lahore for an extended stay.

Living in the Old City, Claudine became an entranced observer of the customs, culture and characters of the ‘diamond market’. She started dreaming about writing a book set in the place. As she said at the book launch of her novel, Hira Mandi, at the Alliance Francaise on Friday, “it took me 15 years to achieve my dream.”

Hira Mandi tells the story of a painter, starting from his experience as a 10-year-old boy at Partition and leading all the way to 2003. As her partner on stage, Asif Noorani pointed out, the life story of this character bears a more than passable resemblance to artist Iqbal Hussain, who in addition to painting women from heera mandi, owns the famous Cuckoo’s Den restaurant right opposite Badshahi mosque.

Claudine admitted that she knew Hussain and they had spent many an evening in conversation. She was “so impressed by his life” and evidently Hussain felt the same way, as he gave up a lot of his time explaining heera mandi to Claudine: the history of the place and also the mentality of its residents.

She was eager, though, to convince Noorani that the book was a novel, not a biography. In a thick French accent but with flawless English, Claudine spoke about the smells and sights which had captivated her, and memorable women she interviewed, such as one called Pinky who always wore pink clothes and pink make-up and entertained clients in a completely pink room, from floor to ceiling. “I picked up some things,” she said, but her imagination did the rest.

It seems, though, that she has not exoticised her experiences. Having travelled extensively through the region, and seen the red light districts of other cities, she could say with authority that, “it was different to what I saw in Cairo or Bombay.” In comparison to these flesh-markets, Lahore’s atmosphere was “very poetic, well-decorated, with beautiful girls … it was a beautiful world.”

But this was 1989. Claudine has spent some time in Pakistan in the past two years, and says almost with longing that “heera mandi doesn’t exist anymore.” Perhaps those who wish it did will find a warm embrace in her book, which for the sheer novelty of being written by a Frenchwoman, with broad areas of expertise and interest, based on a travel experience in 1989, seems well worth a look.

However, a much more interesting book might be Asif Noorani’s tales about Chowk, the equivalent of heera mandi in a Lucknow which is now, alas, dead and buried. While Claudine compared heera mandi favourably to Cairo and Bombay, Noorani said that Chowk was streets ahead in terms of decorum, ethics, culture and poetry. In a memorable aside, he said that a dancing girl in Lucknow would never go to bed with a man if she had gone to bed with his father. What other stories might Mr Noorani have: wouldn’t we like to know.

For love or religion: Hindu girl allegedly elopes with Muslim boy after converting