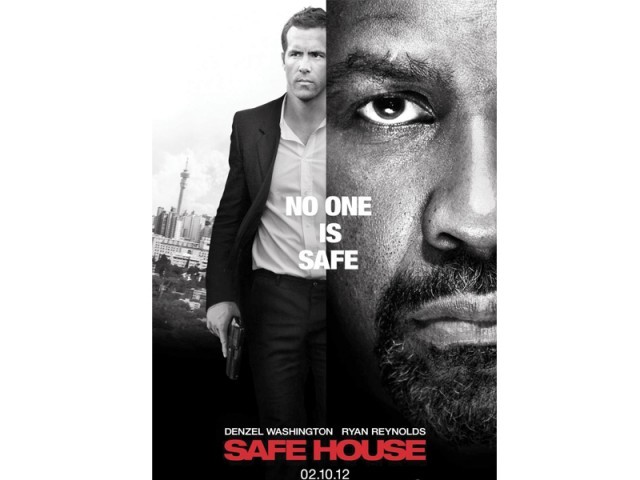 Now here is a film that likes to play it safe. Director Daniel Espinosa’s latest flick, Safe House, feels like it is a generic spy thriller, with action sequences that seem to have been burgled from the Bourne  series’ house and a CIA conspiracy that defines the word ‘mundane’.

The film tells the tale of young CIA operative Matt Weston (Ryan Reynolds), who is in charge of a safe house in South Africa. Tobin Frost (Denzel Washington), a former CIA agent who had mysteriously gone rogue over twenty years back, is apprehended and brought to the safe house for interrogation. When the safe house is attacked by a group of rebels, Weston flees with Frost as his captive. As the plot develops, we discover that the CIA is frantically looking for a file that Frost had stolen before his capture. Frost, who was an extremely talented field agent, soon uses his expertise to play mind games with Weston, who while dodging rebels and local law enforcement, tries his best to escort Frost to another safe house.

The movie also has a romantic subplot involving Matt and his French girlfriend Ana Moreau (Nora Arnezeder). When Matt confesses to her about his true profession, she too is forced to flee when trouble breaks out.  The movie also features a number of narrative twists which regrettably are too obvious to be effective.

Where the movie does stand out, is in the performance of its lead character. Denzel Washington, one of the greatest actors of his generation, does a fantastic job as the charismatic and sociopathic rogue agent. Reynolds, on the other hand, barely makes the mark and the film seems a bit mismatched. I really don’t think that the Safehouse is worth the visit.