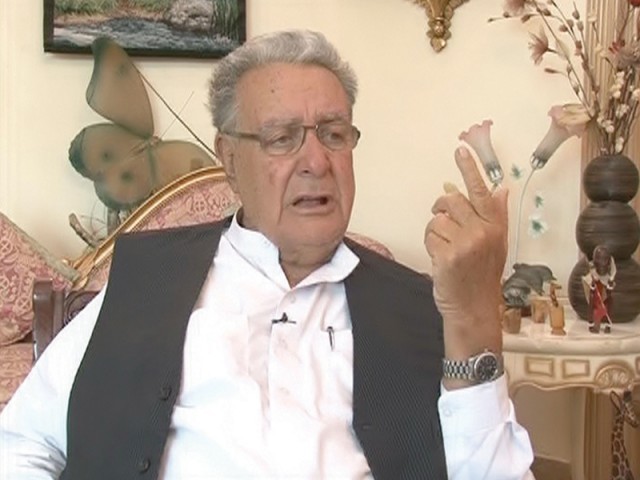 Pakistan Muslim League Nawaz (PML-N) suffered a setback in Khyber-Pakhtunkhwa, as the party’s former central general secretary Saranjam Khan and former provincial president Abdul Subhan Khan along with other members resigned from the party on Wednesday. The group, led by Saranjam, has been at odds with the party’s leadership since December 28, 2010 provincial elections.

“Yes, I have resigned from the party and its basic membership,” Saranjam Khan told The Express Tribune.

Saranjam announced holding a convention in Mardan on March 23, to decide their future course of action. It is likely that they will announce another faction of PML in the meeting.

Saranjam rejected any prospects of joining another party, claiming “I am a leaguer first and last, and there is no chance of my joining the Awami National Party (ANP), Pakistan Tehreek-e-Insaf (PTI) or any other party.”

Asked why he parted ways with the party, he said that the PML-N leadership had appointed newcomers as leaders at the provincial level. He was also very vocal against the party’s new provincial general secretary Rehmat Salam Khattak, stating that Khattak had no right to the post since he became a member only a few years back. Saranjam added that their protests against this trend went unheeded by the central leadership. Instead of honouring them, PML-N had sidelined the old guard, forcing them to opt out of the party.

Saranjam Khan had differed with the central leadership over nominations for Mardan district leadership. He had staged a walkout from the PML-N provincial general council meeting in Nishtar Hall in protest against Rehmat Salam Khattak’s appointment.