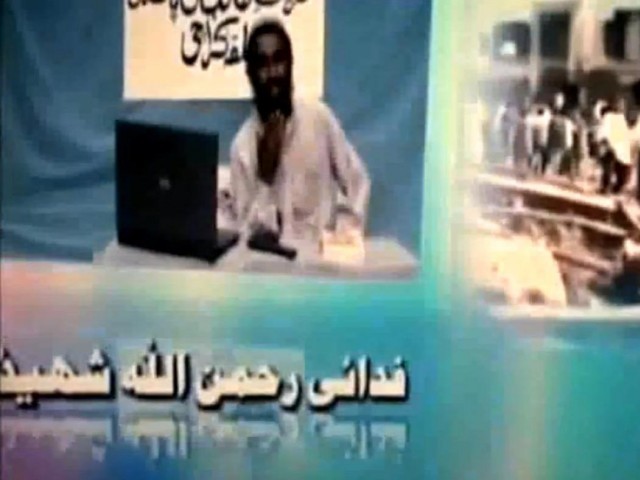 A screenshot from the video released by the Taliban.

The suicide attack targeting the residence of Crime Investigation Department’s (CID’s) SSP Aslam that was executed on September 19, 2011, was a coordinated assault according to a video footage released by the Tehreek-e-Taliban Pakistan (TTP).

The footage reveals intricate details related to the execution of the deadly bombing that resulted in deaths of eight people including a school teacher and her son, amidst other harrowing details the video also shows a man at driving seat of a van allegedly packed with explosives. “I’m leaving to hit the target in order to receive Allah’s pleasure,” proclaims the man.

Displaying his resolve, SSP Aslam said that Taliban cannot deter him by releasing such videos. “I vow that I won’t let them attack the mosques and imambargahs till last drop of my blood.”