JUI will partic­ipate in the upcomi­ng electi­ons but they will never ally with Maulan­a Fazlur Rehman.
By Our Correspondent
Published: February 11, 2012
Tweet Email 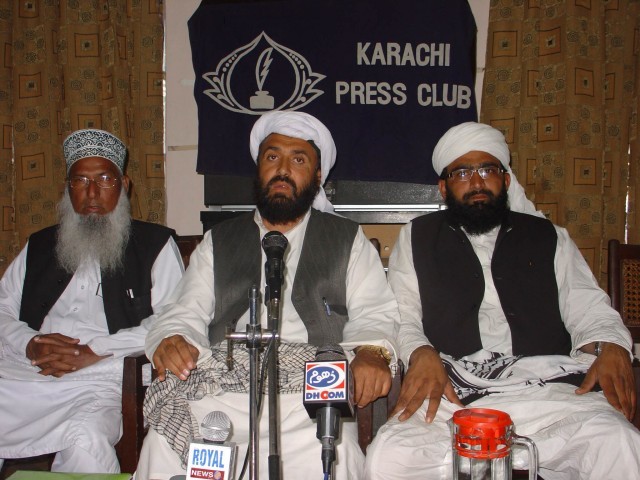 The general secretary, Maulana Abdul Qadir Loni, said that the government was working on the policies of the previous dictator.

The leaders of Jamiat Ulema-e-Islam (JUI) Nazriati said that they will hold country-wide protests if the government tried to restore the Nato oil supply to Afghanistan.

The general secretary, Maulana Abdul Qadir Loni, said that the government was working on the policies of the previous dictator. “The Pakistan Peoples Party government hurt the sentiments of religious people by approving drone attacks,” he said. “They also planned for the division of the country by conducting military operations in Fata and Balochistan.”

Talking about suicide attacks in the country, Loni said that the Taliban were not involved in them. To support his statement, he gave the example of the Afghan Taliban.

“They have been fighting a war for more than 15 years and have not attacked markets or civilians once,” he said. “Our own agencies are carrying out the attacks on public places to pave the way for US invasion.”

Loni said that the party will participate in the upcoming elections but they will never ally with Maulana Fazlur Rehman. Loni held Rehman responsible for the breakup of Muttahida Majlis-e-Amal. He also expressed concern over human rights violations in Balochistan and held the government responsible for the situation. In the end he appealed to the people of Karachi to come and make the Difa-e-Pakistan Council successful on February 12.