Does India have a case in Kashmir?

Does India have a case in Kashmir?

India’s case on the plebis­cite is defens­ive, and rests on techni­caliti­es.
By Aakar Patel
Published: February 4, 2012
Tweet Email 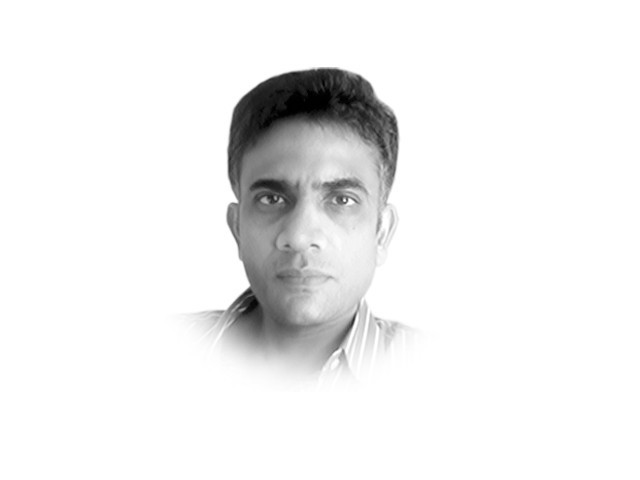 The writer is a director with Hill Road Media and a former editor of the Mumbai-based English newspaper Mid Day and the Gujarati paper Divya Bhaskar aakar.patel@tribune.com.pk

The Pakistan case is straight: Let Kashmiris decide whether they want to live as Indians or as Pakistanis. This is supported by the United Nations Security Council resolutions beginning with No 38 in 1948 and going on to No 123 in 1957. The resolutions seek a direct vote, what is called a plebiscite, among people in Jammu & Kashmir on their future. The UN said it would administer this vote, and called for India and Pakistan to demilitarise the state.

The Kashmiri case is slightly less straight. Some of them want accession to Pakistan (the Jamaat-e-Islami’s Ali Shah Geelani of Sopore and Muslim Conference’s Mirwaiz Umar Farooq of Srinagar are its champions) through a plebiscite. Some of them (for instance Yasin Malik’s JKLF) want a vote that adds independence as a third option. Some of them (all Hindus, Sikhs, Buddhists, most Shias and some Sunnis, including the ruling National Conference and the opposition PDP) are fine with India.

Though Nehru agreed to the plebiscite plan at first, he later backed off. India’s case on the plebiscite is defensive, and rests on technicalities. One is the Security Council resolutions’ sequencing of troop withdrawal. Pakistani was asked to withdraw its troops first. Secondly, India points to the state Jammu & Kashmir Assembly’s acceptance of the accession to India in 1954. This is meant to be a substitute for the plebiscite (though the UN specifically said it could not be). A third, unofficial, reason is that much time has passed and the resolutions have somehow become irrelevant. Kofi Annan said the same thing when as secretary-general he was pressed on this matter. After the resolutions of 1957, the UN lost interest. Then the wars of 1965 and 1971 eclipsed the Kashmir issue. The world was more concerned that the subcontinent be at peace than it was about resolving the original problem.

Most Pakistanis may not be aware that the Kashmir issue went to the United Nations because Nehru took it there. Till that time, there were two parties to the dispute, India and Pakistan. The Security Council’s resolution added a third party, the people of Jammu & Kashmir. Nehru went there because he believed India was the aggrieved party. He believed that Hari Singh’s accession was legal and that the only matter for discussion was how to get Pakistan to vacate the raiders Jinnah had sent in. The other thing some Pakistanis might not know is that Maududi thought the jihad in Kashmir was un-Islamic. This was because it was launched with freelancers and not by the state officially, as Maududi thought was prescribed in Islam. In a letter to Maulana Shabbir Ahmed Usmani, Maududi said that the April 1948 ceasefire signed by Pakistan was binding on all citizens, regardless of the merits. In prescribing the plebiscite, the UN took a broader, more humanitarian view of the problem than merely as some land dispute, and India was in trouble. After that, Nehru shifted focus from trying to get the bits Pakistan had won militarily, to trying to secure the acquiescence of the local population.

In time, even this did not work out. The state’s prime minister, Sheikh Abdullah sensed the unease of some if not most Muslims in staying with India. His politics began to reflect this, and an alarmed Nehru dismissed Abdullah and jailed him. This began a sequence of Indian meddling in the state’s politics. The Kashmiri complaint was that Delhi did mischief and kept upending its leadership. This was true.

This resulted in the Kashmiri revolt that began under Benazir Bhutto’s first term. A parallel development was the forming of the jihadi groups in Pakistan. One group, the Hizbul Mujahideen, was supported by the Jamaat-e-Islami under its third Amir, Qazi Hussain Ahmad, who broke with Maududi’s wisdom. The Deobandi Harkatul Ansar (later renamed Harkatul Mujahideen after an American ban, and still later renamed Jaish-e-Muhammad) and the Salafi Lashkar-e-Taiba rose to lead the jihad. The violence continued till India sent troops to the border after Jaish attacked its parliament. Under pressure, then president Pervez Musharraf backed down, and banned the groups in 2002. The jihad in Kashmir ended almost immediately and today the violence is almost totally gone. The theatre of these groups has now become Pakistan.

Next week we shall again pick up the thread of what, if any, case India has on Kashmir.