The JI leader also says no action agains­t drone attack­s was not unders­tandab­le.
By Our Correspondent
Published: January 29, 2012
Tweet Email 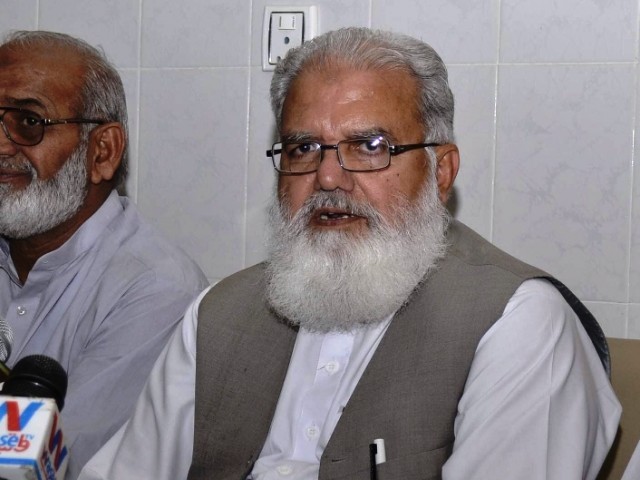 The JI leader also says no action against drone attacks was not understandable. PHOTO: SHAHID SAEED/EXPRESS

LAHORE: The nation has rejected the report of the Parliamentary Committee on National Security as it was “against Pakistan’s sovereignty”, Jamaat-e-Islami General Secretary Liaqat Baloch has said.
According to a press statement issued in Lahore on Sunday, Baloch said if the report’s recommendation on restoration of Nato supply route was put on the agenda for the parliament’s joint session on February 3, the JI and other “patriotic parties” would besiege the parliament.

The JI general secretary said that drone attacks have resumed despite the army chief’s assurance of a befitting response to such attacks. He said that security forces’ inaction was not understandable.

Baloch also welcomed the Supreme Court’s decision to hear a petition on the matter of Inter-Services Intelligence (ISI) alleged funding for political parties. He said that the JI had already denied having received any funds from the ISI and a petition demanding an inquiry into the matter was already pending with the court.