Religious parties to stand against restoration of Nato supply

Religious parties to stand against restoration of Nato supply 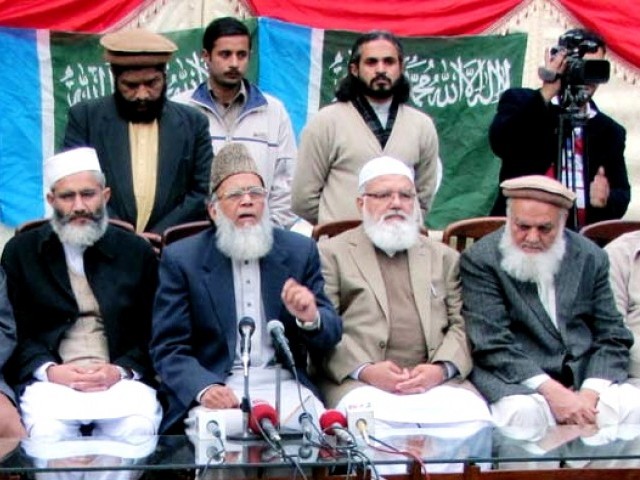 Resolution submitted in parliament favouring restoration of US Nato supply would be a step against Pakistan, says JI chief. PHOTO: SANA

MULTAN: Even if the government decides to restore Nato’s supply route, the country’s religious parties plan to stand against the end of nearly two-month long blockade.

Jamaat-e-Islami chief Munawar Hassan said on Sunday that any resolution submitted in parliament favouring restoration of US Nato supply routes would be a step against Pakistan.

He was speaking in Multan at the Difa-e-Pakistan conference.

Jamiat Ulema-e-Islam-Sami chief Maulana Samiul Haq also addressed the people gathered for the conference. Haq told them that if “US, Israel, India or Nato forces” attack Pakistan’s border, they will retaliate against them with “full force”.

Chief of Ahle Sunnat wal Jamaat (ASWJ), Ahmed Ludhianvi while speaking at the conference threatened that if government decides to restore Nato supply routes, his party workers would block the route themselves.

The supply route was suspended by Pakistan after November 26, 2011  Nato air strikes that killed 24 Pakistani soldiers and took Pakistan’s fragile alliance with the US to new lows.