International scrutiny of the Supreme Court

International scrutiny of the Supreme Court

Can the honour­able judges of our apex court ignore the views of the ICJ, and intern­ationa­l media?
By Asad Jamal
Published: January 29, 2012
Tweet Email 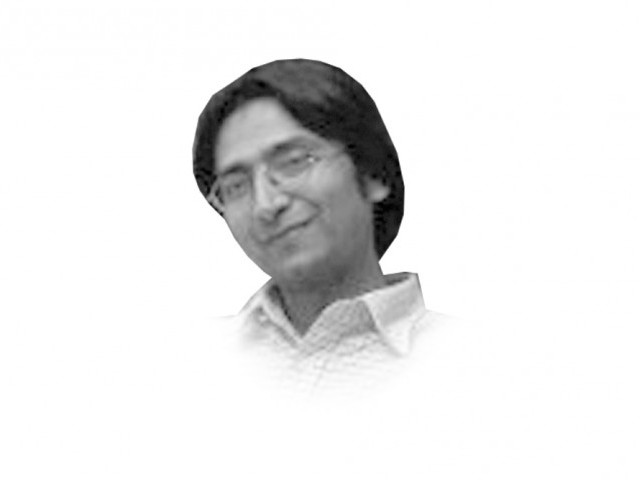 In a press release issued on January 25, 2012, the International Commission of Jurists (ICJ) expressed its concern over the convening of the inquiry commission for the so-called memo affair. The ICJ, while calling for respecting the rights of former ambassador to the US, Husain Haqqani, said there are legitimate concerns that in doing so the “SC may have overstepped its constitutional authority and that this action could undermine the ongoing Parliamentary inquiry”. Can the honourable judges of our apex court ignore the views of the ICJ?

A well-reputed international organisation whose responsibilities include ensuring respect for international human rights standards through the law, the ICJ has many internationally acclaimed jurists as its members. It is important that its views on this issue do not go unnoticed.

The global legal fraternity fully supported Pakistan’s legal community in its struggle for the restoration of judges. The ICJ was one international organisations which issued a number of statements from 2007-2009, in support of the Lawyers’ Movement and issued a particular one in 2009 upon the restoration of the chief justice. The growing international scrutiny and criticism of certain recent actions of the Supreme Court is thus disturbing; more so, because an impartial judiciary needs recognition from its peers abroad for credibility.

There has also been adverse reaction to barring Mr Haqqani from travelling abroad, even though no charges had been filed against him and he is not an accused person but only a potential witness in the probe ordered by the Supreme Court.

The political developments in Pakistan have also attracted negative international media attention. The ICJ’s observations must be seen in the light of what is being published in the international media which, interestingly, is drawing its analysis from quotes by lawyers within Pakistan. This only affirms the existence of a deeply divided bar on how the Supreme Court is conducting its affairs. For instance, in an article on January 23, titled, “Pakistan Court Widens Role, Stirring Fears for Stability,” The New York Times spoke of how the court has now “ventured deep into political peril” and faces “suspicions about the court’s impartiality”. Praising the iron-willed Chief Justice Iftikhar Mohammed Chaudhry, who had initially championed rule of law, it says recently, “the court has taken interventionism to a new level, inserting itself as the third player in a bruising confrontation between military and civilian leaders.”

The New York Times attempted to give the arguments of the court’s supporters as well. “The court’s supporters counter that it is reinforcing democracy in the face of President Asif Ali Zardari’s corrupt and inept government,” it wrote. The paper quoted Justice Chaudhry as saying that the court’s goal was to “buttress democratic and parliamentary norms,” in an environment where deep-rooted corruption was curtailing justice.

But there is criticism from within the leading lawyers of the country. “In the long-run this is a very dangerous trend,” The New York Times quoted Muneer A Malik, a former president of the Supreme Court Bar Association who campaigned for Justice Chaudhry in 2007, as saying: “The judges are not elected representatives of the people and they are arrogating power to themselves as if they are the only sanctimonious institution in the country. All dictators fall prey to this psyche — that only we are clean, and capable of doing the right thing”.

Similarly, The Washington Post wrote a scathing editorial criticising the court of becoming the third force in a political power struggle. “Chief Justice Iftikhar Mohammed Chaudhry has had outsize political ambitions ever since he helped depose former president Pervez Musharraf. He has sought since 2009, to prosecute Mr Zardari for corruption, even though he enjoys immunity as president”.

One response to such international criticism could be: invoke xenophobia and claim that foreigners have no right to comment on our judicial decisions or to question the wisdom of our judges. But, as said earlier, the international legal community including the ICJ, as well as the international media, had strongly supported the movement for the restoration of judges. If their comments were welcome at that time, can they be ignored or dismissed now?

Pakistan’s rush for more bombs — why?