Instea­d of grievi­ng, celebr­ities tend to get even.
By News Desk
Published: January 23, 2012
Tweet Email 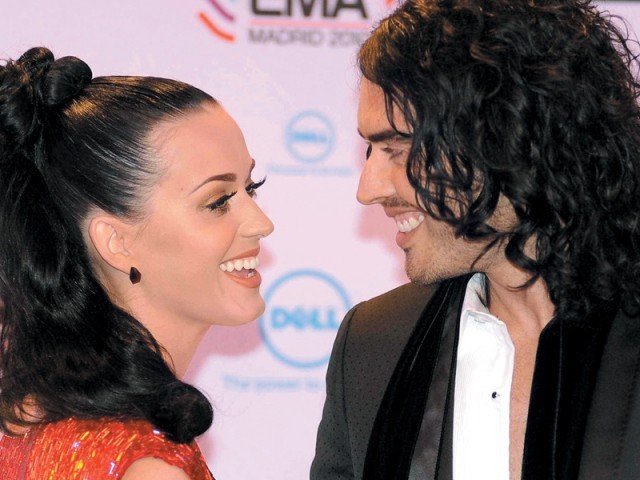 This winter saw the demise of more celebrity relationships than the rising number of Angelina Jolie’s procreations. And the relationships that ended were the ones we really hoped would pass the test of time. Most of these break ups took place in pretty much the same, predictable manner.

First, rumours brewed about infidelity or other relationship problems. Then, an insider shared details on a recent fight. Soon enough, paparazzi caught both halves on their own. Finally, the couple publicly announced their split. And that’s when competitive one-upping each other through various publicity stunts officially begun.

Here are some of the rules we have gathered from seeing celebrities one-upping each other.

The ex who is photographed partying first is the one who wins round one. Arthur star Russell Brand and singer Katy Perry have been pretty competitive when it comes to this rule. Brand was spotted at hot spot Lexington Social House in Hollywood Saturday night with a male friend and he looked anything but broken hearted. Ex-wife Katy Perry lost the round as she only kissed a fan boy on stage at her first concert after the divorce.

2. Hook up with a younger person

3. Get a new tattoo, remove the old one

Tattoos and celebrity relationships are pretty much interlinked. New relationships call for new tattoos and broken ones call for tattoo removals. As is the case with actor Eva Longoria who is  getting rid of remnants of her Tony Parker past, and recently paid a visit to a Hollywood tattoo removal specialist to erase the “Nine” ink, which was a reference to Parker’s jersey number for the San Antonio Spurs.

On the other hand, Latino singer Marc Anthony decided to go under the ink to celebrate his new found freedom by etching the Statue of Liberty on the inside of his right wrist.

4. Get the pity vote

After Demi Moore’s split from Ashton Kutcher, she’s been doing everything in the book that makes us want to give her a hug and smack Ashton Kutcher in the face. From giving sad interviews where she calls herself “unlovable” to desperately finding love on match.com to taking advice from Jennifer Aniston, Moore has successfully gotten our pity vote.

If you really want to slam a door on your evil ex’s face, the best way to do so is to unfollow him on Twitter. And that’s what Perry did. Regarding the reason for this move, a source close to Perry said, “Brand has been so atrocious that she feels like she never really knew him.”

They may strangle each other behind closed doors, but in front of the cameras celebrities are all smiles for each other post break up. Think Lopez and Anthony who got together recently to promote their joint new reality television programme “Q’Viva: The Chosen”.

Even Avril Lavigne is still tweeting about her love for Brody Jenner after their break up. This makes us wonder that if everything was so perfect in their love nests, why did they split in the first place?

(with additional information from E! entertainment, Daily Mail and TMZ)