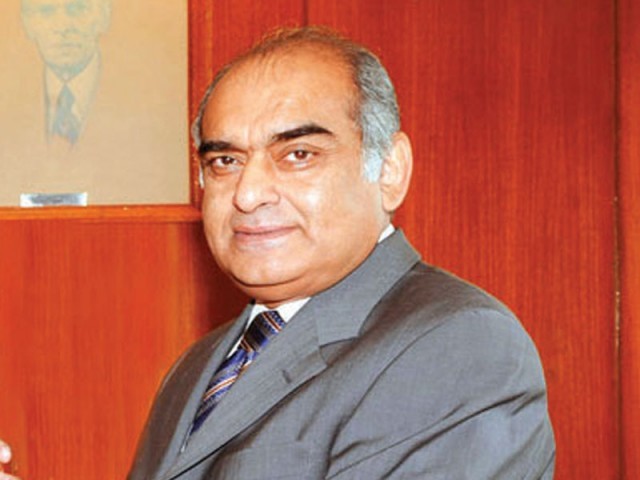 SBP and TDAP estimates contrary to what the finance ministry is claiming.

ISLAMABAD: In an apparent setback to the Finance Ministry that insists upon achieving modest growth in exports despite all odds, the Trade Development Authority echoed the SBP’s assessment and said Pakistan’s exports will depict negative growth by the end of the current fiscal year.

“By end of this fiscal year the exports will decrease over the last year when the country made historical exports”, said Tariq Puri, Chief Executive Officer of the Trade Development Authority of Pakistan (TDAP). He was giving briefing to the Senate Standing Committee on Textile Industry.

Puri’s comments are contrary to the claims of the Finance Ministry that is still envisaging 3 to 5 per cent growth in exports this year despite the fact the country is witnessing a severe energy crisis and its two largest trading partners the European Union and the United States are passing through recession. TDAP’s assessment second’s State Bank of Pakistan forecasts that has also projected negative growth in exports.

If this does happen it will also jeopardize the Finance Ministry’s projections of the current account deficit – gap between international payments and receipts. The Finance Ministry is projecting $2.7 billion current account deficit against the SBP’s projection of a $5.2 billion to $6 billion deficit. An increase in the deficit will not only erode the country’s foreign exchange reserves but also bring rupee under more pressure.

After the briefing, Puri told The Express Tribune that by end of this fiscal year the exports may remain below $24 billion as against $25.4 billion exports made in the last financial year that ended on June 30.

“Last year the exports crossed $25 billion mark because of increase in value as in terms of quantity there was a dip in exports”, said Gul Mohammad Lot, Chairman of the Standing Committee.

Puri told the Committee that during the first half (July-December) of the current fiscal year the textile exports have already decreased by 1.4 per cent. According to Pakistan Bureau of Statistics, during first half of the current fiscal year total exports grew 3.9 per cent as compared to the same period of the last year. But in December the exports plummeted over 11 per cent over the same month of the last year.

The standing committee criticised the TDAP for not exploring new markets and focusing again and again on the EU and the US.

“Job of the TDAP should be opening up new markets and not to hold exhibitions in the same markets that have either been contracting or already explored”, said Senator Javed Ashraf Qazi. Despite participating in four exhibitions in Europe and five in the United States the textile exports have plunged”, he added.

The committee directed the TDAP to explore new markets in Africa and Asia to boost declining exports. It further said that the TDAP would not finalise any exhibition venue unless it consults with the Textile Ministry, fearing that the TDAP could be focusing on Europe and the US for leisure trips.