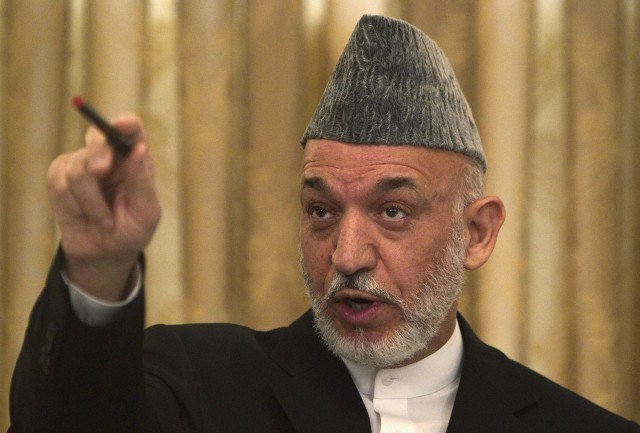 Afghan President Hamid Karzai gestures as he speaks during a news conference in Kabul. PHOTO: REUTERS

KABUL: Afghan President Hamid Karzai said on Thursday that Western allies had the ability to strike at Taliban bases in Pakistan, but questioned their willingness to do so.

“The war against terrorism is not in the villages or houses of Afghanistan… but in the sanctuaries, sources of funding and training (of terrorism) and they lie outside Afghanistan,” he told a news conference in the capital.

“It is a different question that whether Afghanistan has the ability to tackle this… but our allies have this capability. The question now is why they are not taking action?”