Pakistan is beautiful — and it’s mine

Pakistan is beautiful — and it’s mine 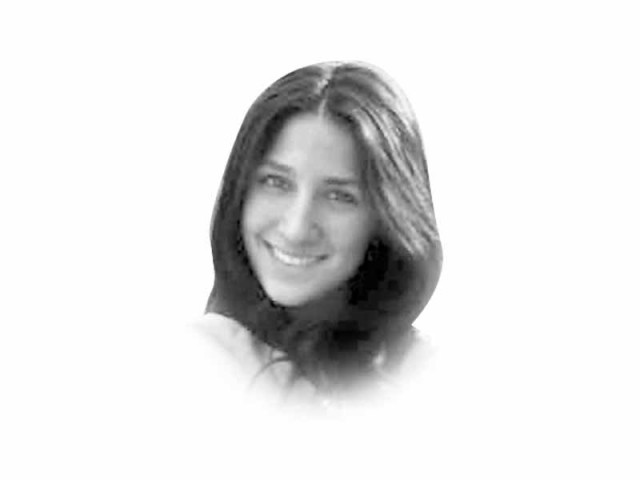 The writer is a reporter for Newsweek Pakistan. She tweets at @shehrbanotaseer

2011 was a bleak year for Pakistan — even by its own harrowing standards.

My father, Governor SalmaanTaseer, was assassinated by his own fanatical security guard in January for his stand on Pakistan’s cruel blasphemy laws, and minorities minister Shahbaz Bhatti, the only Christian in the federal cabinet, was gunned down in March allegedly by the Punjabi Taliban for holding a similar view. In April, five of the six men accused of gang raping village woman Mukhtar Mai on the orders of a village council of elders were set free by the Supreme Court. Since the sexual assault on her in 2001, Mai has braved death threats to have her victimisers punished. She has appealed the verdict, but the court, it is widely believed, is unlikely to reverse the acquittal.

In May, Pakistanis around the world hung their heads in shame as Osama bin Laden was found and killed in sleepy, sedate Abbottabad, a stone’s throw from our premier military academy where Army Chief General Ashfaq Pervaiz Kayani spoke just weeks earlier declaring that the “terrorists’ back” had been broken.Then the tortured body of journalist Saleem Shahzad was discovered and suspicion fell on the country’s intelligence services. Pakistan had yet to recover from the devastation wrought by the 2010 floods when the August monsoons inundated Khyber-Pakhtunkhwa, Balochistan, and especially Sindh affecting tens of million of people. My older brother, Shahbaz, was kidnapped on August 26. It’s January 2012 now and he is still missing.

These are just some of the highlights from a ruefully eventful year. All of these events played out against the cacophonous discord that we have become accustomed to: target killings, routine disappearances in Kashmir and Balochistan, suicide bombings, riots decrying the overall economic condition of the country, protests mourning the loss of Pakistan’s sovereignty, the unsettling hum of rote learning at poisonous madrassas.

But there’s nothing that’s bad about Pakistan that can’t be fixed by what’s good about it. The narrative of lost hope is a tired one.

After the Arab Spring, the first question I was asked by journalists and interviewers was “When will it be Pakistan’s turn?”. General Zia tried hard to convince us that we’re Arabs, but we clearly are not. Watching Muammar Qaddafi’s bloodied and bullet-riddled body paraded up and down streets as protesters cheered, and seeing desperate dictators inflict violence on their own people, I realised that in many ways Pakistan is far ahead. Our transition from a dictatorship to a democracy was relatively smooth — no bloodshed, no political prisoners, no violence. And in 2010 — long before the Arab Spring — Pakistan’s nascent democracy returned the powers usurped by dictators back to parliament with the 18th Amendment to the Constitution, passed unanimously in parliament. As a people, we are more critical, more engaged. We believe in peaceful evolution of existing structures, not revolution. A record number of people have registered to vote in the upcoming elections and the deadline isn’t even up yet. We’ve snatched our democracy back and we’re not letting it go.

It’s an exciting time to be a Pakistani. Our resilience, our determination — it pulsates untouched through the streets. It is oft difficult for women to brave. And in a conservative country like Pakistan, one has to work twice as hard to be considered half as good as a man. But Pakistani women artists, entrepreneurs, politicians, authors and professionals have always rejected the corseted roles men have sought to cast them in. From MPs like Sherry Rehman (now ambassador to the US) and Marvi Memon (who resigned from parliament recently) to lawyers like Asma Jahangir and filmmakers like Sharmeen Obaid-Chinoy, to the thousands of other selfless unsung heroes, Pakistani women are dynamic and unafraid — and this fact is one of the saving graces of our benighted country.

Although the Hudood laws continue to cripple the status of women in Pakistan today, 2011 has seen some important legislation by the PPP government. The Women’s Protection Act, the criminal law amendment against “honour” killings, the law providing women protection against harassment at the workplace, the acid crime prevention laws that mandate life imprisonment for perpetrators, and the Prevention of Anti-Women Practices Bill which prohibits forced marriages, are all powerful strides forward. Today, nearly 30 per cent of doctors and 22 per cent of parliamentarians — including the National Assembly speaker — are women.

For the first time, we are seeing human rights activists, journalists, and parliamentarians taking on the intelligence agencies, openly criticising their double games. There’s been a burst of new TV channels, newspapers and magazines. Pakistan’s press is much, much freer and our voices are louder than they were ten years ago.

Interestingly enough, politics is not the only way to make a difference anymore. The private sector and NGOs are filling gaps ably. Compassionate Pakistanis, people with middle-class income who donate to charity above their means, make it possible for philanthropic giving to come to a whopping $2 billion a year. There’s also been an entrepreneurial boom in Pakistan. Young, savvy businessmen looking to shake things up have become millionaires overnight setting up jobs websites, health care, housing schemes, branchless banking, and car dealerships, prompting Forbes to ask “if they’re prescient or nuts”. There’s forward movement on our relationship with India. We’re rolling out Fashion Weeks, rap artists like Adil Omar are collaborating with Snoop Dogg, Meesha Shafi is acting alongside Kate Hudson in Mira Nair’s The Reluctant Fundamentalist, and a number of renowned Pakistani scholars, architects, musicians, artists, producers are showcasing their expertise all over the world. We’ve come alive.

Pakistan is not the jihadist caricature it is oft made out to be. This is the majority of Pakistanis. Don’t mistake its lower pitch for silence. We are just less noisy, going about doing our business without feeling the need for propagandist validation by making headlines.

People can call Pakistan dangerous but I don’t care. It’s beautiful and it’s mine.