How a vibrant media can thwart a coup

How a vibrant media can thwart a coup

Examin­ation of every move gives a fair share of public hearin­g and also self-examin­ation, to all player­s.
By Nasim Zehra
Published: January 12, 2012
Tweet Email 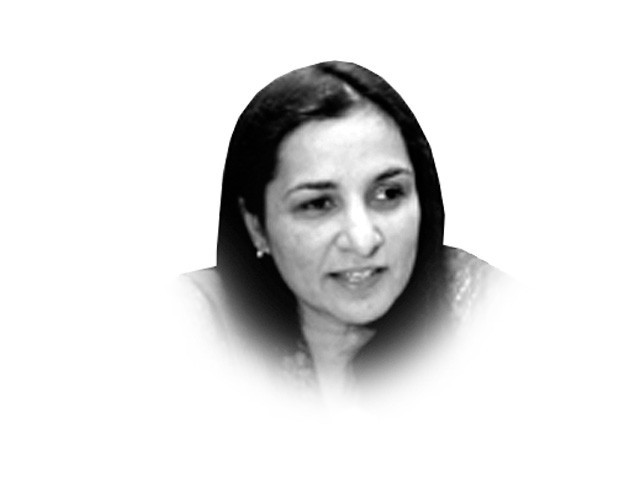 The writer is director current affairs at Dunya TV and a former fellow at Asia Center, Harvard University nasim.zehra@tribune.com.pk

No coup is about to take place in a Pakistan where the independent media has ensured that every move by every player on the national power scene is examined threadbare. This exercise in itself is both a leveller and a restrainer. Had there been an independent electronic media in October 1999 there would have been no coup. Examination of every move gives a fair share of public hearing and also self-examination, to all players. The resulting public censure, or approval, now informs the power players of the limits of their power, constitutional or otherwise. So while in the coming days we will see and hear some trial ballooning, some real moves, some political rhetoric, some bombastic claims, some propaganda, some shadow-boxing as well as alarmist breaking news, none of this is likely to send the president, prime minister, or the army or ISI chief packing.

The government will look towards constitutional and political means to survive, the army will be constrained to act within the Constitution and the honourable judges in the Supreme Court will engage with the Constitution remaining mindful of history and fairplay. Asma Jahangir’s critique of judgments and the workings of the Courts cannot be ignored and neither can the call to respect the judiciary as an arbitrator. Everyone, in any position of authority, is on trial in today’s Pakistan, even the Supreme Court.

The media ensures that the moves of all power players — government, politicians, army, and now the judiciary — are examined for historical precedents, legality, constitutionality, double standards; and whether they are based on individual, institutional, party or national interests. Regardless of which position they occupy, which party they lead, how many corps they command, what agencies they command, what bank balances they have, which ethnic card they can play, which foreign country they can lobby or how many votes they can poll, they cannot claim immunity to public scrutiny. All opinions in the public realm are scrutinised against the public’s inherent common sense, its experiential wisdom and the recall wisdom that the media discussions inject into public space.

Public debate and discussion, which many people are critical of and uncomfortable with, have emerged as Pakistan’s new power centre. Its ways are haphazard, and also in many cases questionable, but it is sections of this media that have ensured that the May 2 Abbottabad fiasco is not hushed up, that Saleem Shahzad’s killing does not go un-inquired, that Husain Haqqani is not declared guilty unheard, that a vigorous debate on the pros and cons of the memo issue is being conducted — the list is endless. And now in this current state of political boil in Pakistan, all power players will be forced to enter this interplay with this intangible power centre, by introducing their moves to the public through it, be it the January 11 ISPR press release, an observation by Supreme Court judges, the prime minister’s interview given to a Chinese newspaper, Nawaz Sharif’s call for abandoning the government or Imran Khan’s demand that the president resign.

Perhaps on a broader note, for us in Pakistan, in matters of power and politics there is only one unifying factor that straddles our collective consciousness; we all carry the burden of our tragic history. Tragic, above all, because a democratic system has not taken root. Had it taken root, we would have evolved a credible and effective national management within which Pakistanis could lead secure lives and have hope for progress, and where those exercising executive and bureaucratic authority were held accountable for their actions. Instead, through our history, Pakistan’s national managers, mainly khaki and occasionally civilian, have committed endless blunders.

In Pakistan, often pygmies have paraded as rulers, personal and institutional interests as national interests, and haphazard and reactive cobbling together of ideas as national policy. Hence modern statecraft, in a country so blessed with talent, competence and a collective will to reform Pakistan, tragically remain elusive.

What does Pakistan want in Afghanistan?