Analysis: The night of the generals – a sequel?

Analysis: The night of the generals – a sequel?

The curren­t stando­ff all starte­d with one “innoce­nt’’ desire of the army – that is, to get rid of Husain...
By M Ziauddin
Published: January 12, 2012
Tweet Email 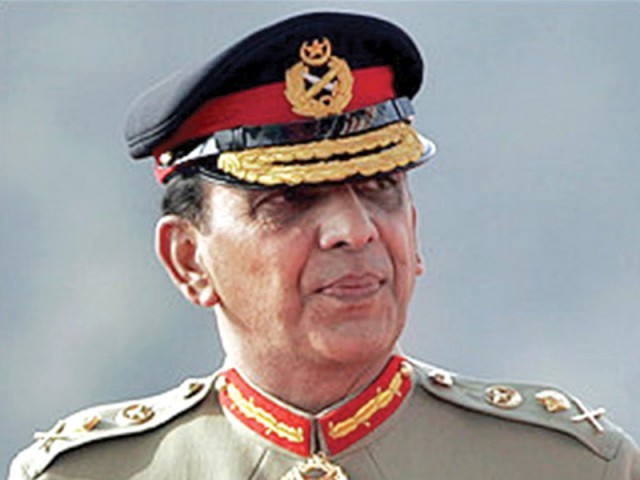 The only new aspect to the current spectacle we are witnessing on our political scene today is that it is the PPP, and not the PML-N, in the limelight.

Remember the public confrontation between General Mirza Aslam Beg and Prime Minister Nawaz Sharif that led to the former becoming a lame duck COAS for almost three months before his retirement? And the running spat between General Asif Nawaz and the same prime minister which became so tense at one point that the former’s heart gave way and he passed away with his boots on – provoking his relatives to actually accuse Nawaz of poisoning him? Next, Nawaz sacked General Jahangir Karamat when he also tried to overreach his constitutional mandate.

In Musharraf, Nawaz met more than his match because the former had lured the prime minister into a trap.

General Kakar had also succeeded in getting the better of Nawaz – but only because that gentleman general was taken for a ride by the then ISI chief and President Ghulam Ishaq Khan, who had hatched a plot in the company of the late Farooq Leghari, Aftab Khan Sherpao and the current publicity officer of PTI Shafqat Mehmood. All three PPP stalwarts then had presented a fiat accompli to Benazir Bhutto, at that time in London expecting daughter Asifa. Benazir was left with no choice but to join the conspiracy.

Unlike the PML-N, the PPP has always taken it lying down. Both Zulfikar Ali Bhutto and Benazir, perhaps because of their education, their respect for constitutional restraints and perhaps also because they felt they had a hand in building and rebuilding security institutions, went home without a public fight.

On the other hand, perhaps Mr Zardari does not have any such inhibitions. Or perhaps he has decided that, enough is enough: If somebody wants his government, they will have to wrest it from him in public view.

Let us look at the executive-army tussle as an issue separate from the problems the government is facing today because of the NRO, which was signed between the late Benazir and General Musharraf with the then ISI chief General Kayani as a witness.

On a side note: One of the two signatories of the NRO is dead and the other is in self exile. Only the witness is available. One thought the chief justice would have invited him to present his opinion on the matter or at least asked about his role in the making of the infamous ordinance – something that was witnessed by the entire world when he led a team of three to London to cut the NRO deal with Benazir.

In any case, coming back to the current tussle, it all started with one “innocent’’ desire of the army – that is, to get rid of Husain Haqqani. The former ambassador has not only written a devastating book on the army, but was also perceived (based perhaps out of pathological hatred for Haqqani rather than facts) by the security institutions to be the man behind the gradual reduction of its role in the Washington-Islamabad equation and ascendancy of the civilians.

This perception hardened manifold after the passage of Kerry-Lugar Bill. What the institution refused to accept was that it was a law not against the Pakistani security institutions but against America itself – the law stopped the US from helping Pakistan if, at any future date, the democratic process in Pakistan was curtailed by undemocratic elements. In fact, the Americans passed this law in response to persistent protests by Pakistan’s civil society against Washington’s readiness to help military governments and abandon Pakistan whenever a democratic government came about.

Even when Pakistan came under the Pressler sanctions during the civilian regimes of the 1990s, Centom chiefs would still visit Pakistan and ‘play golf’ with our generals and go back without meeting any civilian official. Our generals think that they need to have a very close relationship with the US to offset the asymmetry that exists between their defensive capacities and that of their enemy number 1 – India. But they lost their status of ‘most allied ally’ before they were conferred the title following their willingness to join the US war against terrorism. This happened soon after the Kargil war when Pakistan tried to use its minimum deterrent as an aggressive weapon. Armed with the first use option, they went into Kargil heights knowing very well that India would not dare cross the international border as it did in 1965.

Yes, India did not commit that folly – but went straight into the lap of the US. That was the beginning of the end of our generals’ long honeymoon with Pentagon. Now, India has the best of relations with the US, and our generals the worst.

So, perhaps they thought that, if nothing else, if they can terrorize the civilian government by crafting a sting operation in the company of one the most dubious Pakistani Americans, and get the crafty Haqqani to resign, that would be that.

And that is exactly what had happened: Haqqani resigned. But Nawaz Sharif threw a spanner in the works and went to the Supreme Court to find out the real truth. The government’s reluctance to pursue the case in the court was based on the same fear which kept it from going to court in London against Ijaz’s article in the Financial Times. It did not want to see General Pasha losing face and, in the process, a lot of dirty linen about our security agencies washed in the open – which is sure to happen when you have a man like Mansoor Ijaz on the other side.

Still, perhaps the generals thought they could manipulate the Supreme Court by taking a moral position publicly invoking their role and sacrifices as the defenders of the state.