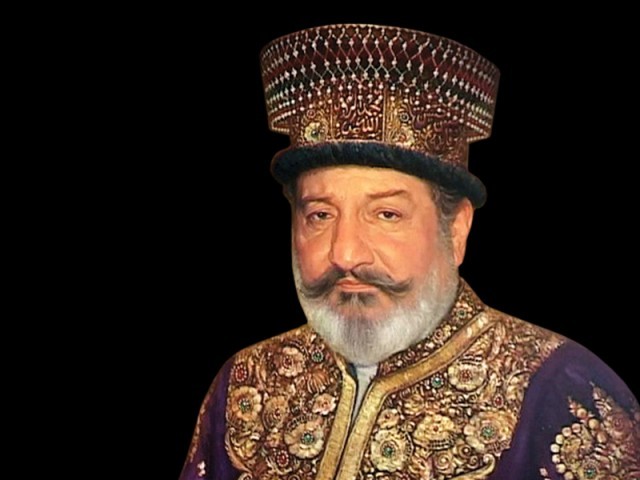 Veteran politician and spiritual leader of the Hur Jamaat, Pir Pagara died in London on Tuesday.

The 83-year-old suffered from a lung problem, but initial reports suggest he passed away due to a heart attack. His body will be flown to Karachi today (Wednesday) evening before being taken to his home town Pir Jo Goth in Khairpur Mirs.

Famous for his predictions, the chief of Pakistan Muslim League-Functional (PML-F), at his last press conference, had said he would take a week’s leave ‘to go to nurse land.’

Pagara was admitted to the Aga Khan University Hospital in Karachi on November 24, where his lungs were operated upon. Shortly afterwards, due to deteriorating condition, he was put on a ventilator. He was subsequently flown to London on an air ambulance, accompanied by family and party leaders, and admitted to Wellington Hospital.

His father, Syed Sabighatullah Shah Rashdi, was hanged on March 20, 1943, in Hyderabad Central Jail by the colonial government for his struggle against British rule. His burial site remains unknown. Pagara and his brother, Nadir Shah, were taken into custody by the British government after their father’s death.

Before being sent to London, Pagara was under the custody of a police official Qazi Sadurdin in Aligarh, India, between 1943 and 1946. He was taught the Holy Quran during that time.

He received his early education at Davis Elementary School in London, where children of rebellious leaders were usually schooled, and was taught French, Latin and English.

Pagara met with the first prime minister of Pakistan Liaquat Ali Khan after independence, who played a key role in bringing him back to Pakistan in 1951. His confiscated property and ‘gaddi’ (spiritual seat) were subsequently restored, and he became the spiritual leader of the Hur Jamaat in 1952.

His first marriage was to the daughter of Miran Muhammad Shah, a landlord and spiritual leader from Rahim Yar Khan, who is the uncle of Prime Minister Yousaf Raza Gilani.

He had three sons from that marriage – Sabghatullah Shah Rashdi (Raja Saen), Sadruddin Rashdi (Younus Saen), and Ali Gohar Shah. One of Pagara’s daughters is married to PPP leader Agha Siraj Durrani, while his granddaughter is married to one of Prime Minister Gilani’s sons. Pagara married a second time, a few years ago, into his relatives in Pir Jo Goth. He has three children from the second marriage.

Kingri House, Pagara’s residence in Karachi, served as a focal point for politicians from across the spectrum who came to meet him and seek political guidance. Pagara started his political career from Ayub Khan’s Conventional Muslim League before switching to Sheikh Mujeeb’s Awami League.

Later, he joined the Muslim League before launching his own party, the PML-Functional.

Pagara had a political dispute with Bhutto, when the later came to power, which resulted in the death of seven of his devotees in Sindh.

The veteran politician supported all military rules in the country. He welcomed Ziaul Haq into power, after Bhutto was hanged, and recommended Muhammad Khan Junejo for the post of prime minister.

The self-dubbed ‘modern Pagara’ was fond of smoking cigars, the reason cited by his close aides for his lung problems.

Condolence messages flew in from across the country as a large number of political leaders, friends and devotees gathered at his Karachi and Pir Jo Goth residence following the news of his demise.

Chief Khalifa of the Hur Jamaat Qadir Bux Mangrio, while talking to The Express Tribune, said “No one can fill the gap left behind by Pir Saen.”