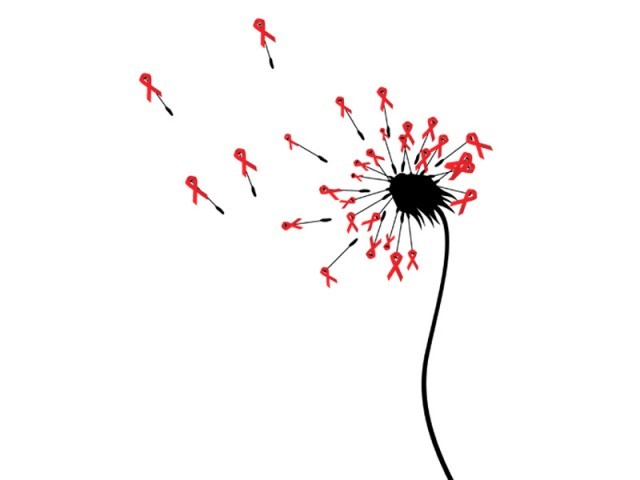 Pakistan had an estimated 97,400 people living with HIV at the end of 2009: UNAIDS. SOURCES-UNAIDS-WIRES

The prevalence of HIV/AIDs cannot be controlled in the country unless there is legislation and strong financial funding for its prevention and control. This was stated by National AIDS Control Programme (NACP) Acting Programme Manager Dr Amir Maqbool at the inaugural session of a two-day workshop titled, ‘The state of HIV in Pakistan-2011’ held on Monday at a local hotel.

In the aftermath of the devolution of the Ministry of Health, there is no mechanism to implement the legislation; something which previously fell under the purview of the Senate Standing Committee on Health. “Devolution has rendered major donors reluctant to fund the programme,” Dr Maqbool said.

Thus, the shortage of funds has created another hurdle in controlling the spread of the disease. Failure to control it, he said, might lead to a drastic increase in the virus’s prevalence by 2020. While talking about HIV/AIDS still remains a social stigma, treatment costs for many are unaffordable, running as high as Rs100,000 per year to combat the effects of the incurable disease.

According to UNAIDS, Pakistan had an estimated 97,400 people living with HIV at the end of 2009, with 2,917 patients registered in 13 treatment and seven Prevention of Parent to Child Transmission of HIV/AIDS centres across the country. Of these, 1,320 are on antiretroviral drug treatment therapy. HIV rates are increasing alarmingly among key demographics at higher risk of infection. On the other hand, they remain low among the general population, according to the national surveillance findings.

Three studies were presented as the key output of a second generation surveillance approach. These were not only focused on HIV status, but also the findings of behaviour patterns that increase the risk of infection.

The studies were conducted by NACP, the Provincial AIDS Control Programmes and the Canada-Pakistan HIV/AIDS Surveillance Project.

In the second study titled, ‘Antenatal HIV Sero-Surveillance,’ Dr Nosheen Dar, principle investigator, revealed that pregnant women are more vulnerable to HIV because of potential infection from their husbands, who may have been infected by a sex worker or other high-risk key population.

The pattern of the disease in Pakistan has shifted from low to concentrated levels. An overall prevalence is of 37.8 per cent among intravenous drug users, 7.3 per cent among transgender sex workers, 3.1 per cent in male sex workers and 0.8 per cent in female sex workers. However, information on the extent of the virus among the general population is not known. The study revealed that out of 26,510 pregnant women tested for HIV, 12 were confirmed positive, a prevalence rate of 0.05 per cent. Peshawar has the highest prevalence rate of HIV infection at was 0.22 per cent, followed by Multan with 0.07 per cent, and Karachi with 0.03 per cent.

The third study was on mine workers, a high-risk population in Balochistan, where a bio-behavioural assessment was done. According to PACP in 2007, many mine workers above the age of 18 were found to have sexually transmitted infections, and the majority of them did not use condoms. However none of them found to be HIV positive.