Mushar­raf will be travel­ling to Saudi soon in order to get suppor­t before he goes back to Pakist­an, says source.
By Reuters
Published: January 8, 2012
Tweet Email 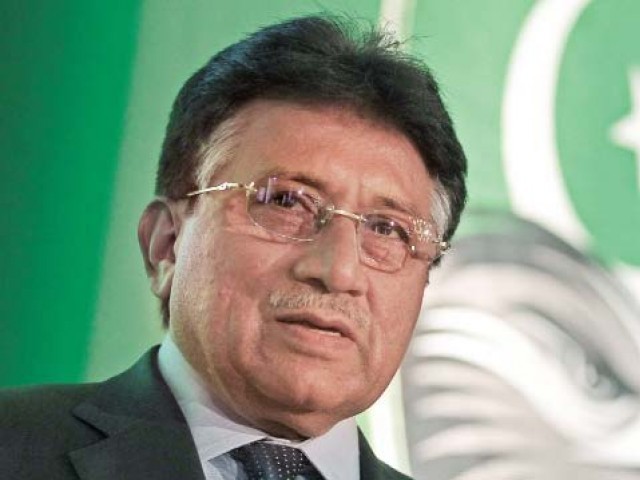 Musharraf will be travelling to Saudi soon in order to get support before he goes back to Pakistan, says source. PHOTO: REUTERS / FILE

Musharraf, who has been living abroad since he resigned in disgrace in 2008, has said he plans to return to Pakistan this month, despite possible arrest, in order to participate in a parliamentary election due by 2013.

“Musharraf will be travelling to Saudi soon in order to get support before he goes back to Pakistan,” said a Gulf-based Saudi source familiar with the matter. A Pakistani source confirmed that Musharraf, who is in Dubai, was to travel to Saudi Arabia soon.

The source declined to say what form of support the former president is seeking. But some reports have said that Musharraf, who faces possible arrest on charges that he had failed to provide adequate security to former Prime Minister Benazir Bhutto before her assassination in 2007, will seek Saudi guarantees that he would not be detained.

Saudi Arabia, which has considerable influence in Pakistan because of its economic support, has expressed concern over the friction between the army and the government in recent months.

“The stability of Pakistan is very important to the region and has to be maintained,” said a second source familiar with the matter.

On Sunday, Musharraf is scheduled to address a rally via video in Pakistan’s biggest city and commercial hub, Karachi, sources in his recently formed All Pakistan Muslim League said.