‘Closed Swiss cases cannot be revived, even if Pakistan asks for it’

‘Closed Swiss cases cannot be revived, even if Pakistan asks for it’ 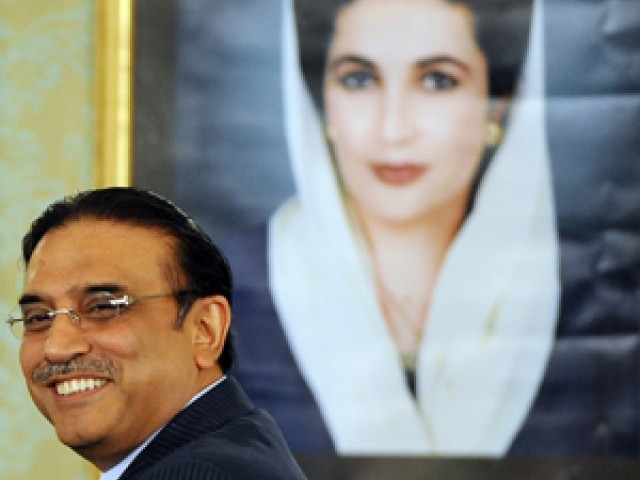 Cases against President Asif Ali Zardari cannot be reopened in Swiss court, even if Pakistani authorities write a letter to the Swiss authorities, concerned quarters said while talking to The Express Tribune.

The only conviction in the case was set aside in 2003 after it was appealed by former prime minister Benazir Bhutto and President Zardari.

Sources quote the Swiss attorney general who claimed in April 2010 that the cases could not be revived, even if Pakistan asked, due to lack of incriminating evidence and immunity enjoyed by President Zardari under international law.

The Swiss cases were born during Nawaz Sharif’s second term, sources in the National Accountability Bureau (NAB) said on condition of anonymity.

Benazir and Zardari challenged the documents before the accountability bench of the Lahore High Court (LHC). On their application, the bench directed then-registrar of LHC, Moazzam Hayat, to visit Switzerland and meet with Daniel Devaud, the then-Examining Magistrate in Geneva to verify the authenticity of the documents.

Sources said the then-accountability chairman had hired ‘special services’ of Hasan Waseem Afzal to design the cases, who managed it through the services of a High Court judge, Malik Qayyum.

On the basis of non-original documents, however, Devaud awarded a sentence of up to six months to Benazir and Zardari in July 2003.

Benazir subsequently appealed, and the conviction was set aside by a Geneva tribunal on November 4, 2003.

The cases were revived when Benazir started exerting pressure on General Pervez Musharraf for her return. Afzal was made the deputy chairman NAB and after several visits to Switzerland, he managed to activate the cases.

Musharraf, sources in NAB claim, wanted Benazir and Zardari convicted by Swiss courts, and even sought an early verdict, to gain an upper hand before striking a deal with her for her return.

On April 1, 2006, the Court of Appeal of Geneva allowed Afzal to represent the Islamic Republic of Pakistan in the criminal proceedings against Benazir and her allies on charges of money laundering.

Musharaf’s enthusiasm, however, dampened after an intelligence agency officer, and originator of the infamous ‘tape scandal’, Rana Abdul Rahim expressed his willingness to appear before the Swiss court as a witness. Pakistani courts had acquitted Benazir and Zardari due to lack of incriminating evidence, and Pakistani authorities, sensing that the Swiss cases might meet a similar end following the witness’ appearance, backed out from their demand of an early verdict, NAB sources conjectured.

On April 1, 2008 Pakistan’s then-attorney general wrote a letter to Swiss courts, and dropped out of a $59.6 million money-laundering case against Zardari.

Sources in NAB say the purpose of the letter was two-fold: Musharraf wanted to show Benazir that he is following through with the deal but by ‘dropping out,’ he wanted to publicly tarnish her image.

But, in fact, Musharraf knew there was no evidence which could convict the couple, an official said.

On August 26, 2008, Swiss judicial authorities closed the money-laundering case against Zardari and released $60 million frozen in Swiss accounts over the past decade.

Daniel Zappelli, Geneva’s chief prosecutor, said he had no evidence to bring Zardari to trial.

“It confirms what my client has pleaded since 1997. In the SGS/Cotecna case, no funds belonging to Benazir Bhutto were found,” Zappelli said.

The alleged money-laundering case against President Zardari could not be reopened in Swiss courts, Swiss attorney general Daniel Zappelli said in an interview in April 2010.

Since the president enjoyed immunity under international law, Swiss courts could not entertain any request to reopen the cases against him, even if the Swiss authorities received a proper request from Pakistan with all the required stances through an official channel, Zappelli was quoted as saying.