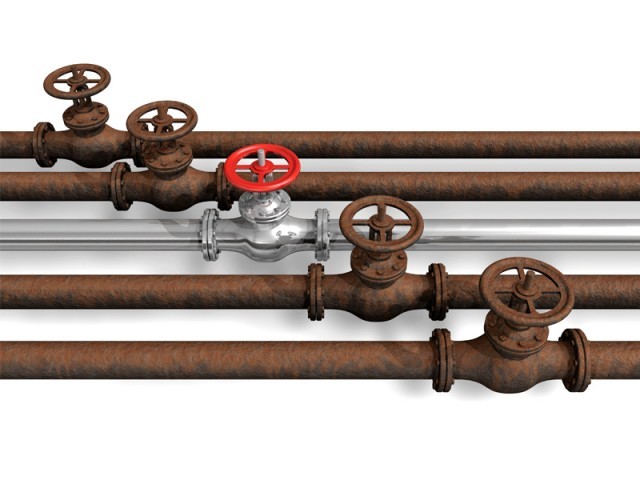 The SNGPL plan required silk factories to observe a three-day week, with holidays on Tuesday, Wednesday and Thursday (besides the weekly holiday on Sunday). SNGPL’s Engineer said the raid was carried out on information that the factory was violating the SNGPL schedule.

A factory owner and his brother were arrested in Sadhoke for allegedly beating Sui Northern Gas Pipelines Limited (SNGPL) personnel and a judicial magistrate who had raided the factory to disconnect its gas supply for violating the gas load management schedule.

The SNGPL team was allegedly detained by workers at the silk factory owned by Farhan Shaikh. They were rescued by Kamonke Saddar police who were informed about the incident by Magistrate Abdul Sattar who had managed to escape.

Saddar police arrested Farhan and his brother Zohair and registered an FIR under Sections 342 (Punishment for wrongful confinement), 506 (Punishment for criminal intimidation) and 148 (Rioting, armed with deadly weapons) of the Pakistan Penal Code.

Talking to The Express Tribune, Farhan said running the factory did not constitute a violation of law. He said he had orders, issued by a court in Gujranwala, allowing him to run his factory throughout the week. He said the stay order was granted in his petition against the SNGPL’s load management plan for silk factories in the region. “I have not violated any law. If they (SNGPL) can prove that I committed an illegal act I would willingly let the government seize my factory,” he said.

The SNGPL plan required silk factories to observe a three-day week, with holidays on Tuesday, Wednesday and Thursday (besides the weekly holiday on Sunday). Judicial Magistrate Sattar rejected Farhan’s explanation and said that a subordinate court was not authorised to issue such a ruling. He said the owner needed a stay order issued by the Lahore High Court. He said he had tried to explain this to Farhan but he refused to listen and instead called factory workers who started beating him and the SNGPL team.

He said regardless of the explanation Farhan had for running the factory on a gas holiday the owner and his workers could not use force to prevent government officials from doing their job.