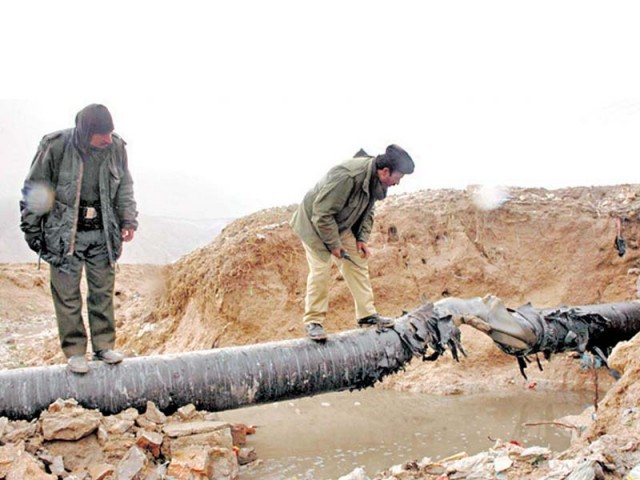 This file photo shows two security officials inspecting a section of a gas pipeline blown up by militants in Balochistan.

According to a Balochistan Levies official, unknown saboteurs planted an explosive device to gas pipeline. The resultant explosion destroyed a section of the eight-inch diameter gas pipeline.

As result, gas supply from well No 9 and 12 to the purification plant were suspended. A heavy contingent of security forces reached the spot and cordoned off the area. Repairs to the damaged pipeline were started soon after the incident. No group has so far claimed the responsibility for the attack.