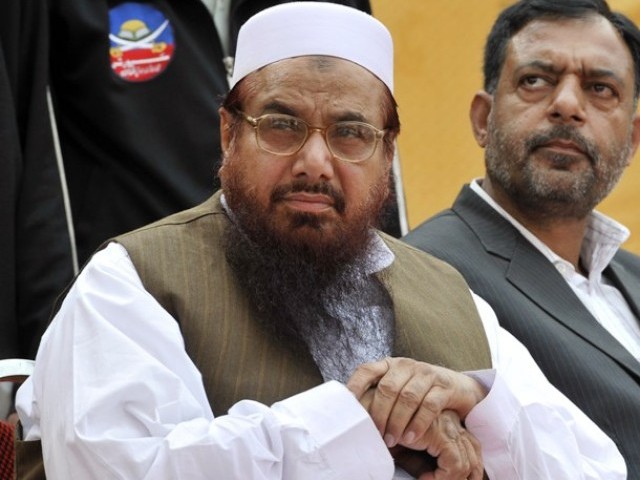 Hafiz Saeed says Pakistan is matchless in its freedom for spreading the message of Islam. PHOTO: AFP/FILE

LAHORE: Pakistan is unmatched in terms of the freedom it allows for the pursuit of jihad and for the spread of Islam, said Jamaatud Dawa chief Hafiz Saeed on Sunday.

In a statement released in English, Saeed said that he did not believe in modern nationalism, but no other “territory” in the world matched Pakistan and it was a great blessing from Allah.

He said Pakistan’s defence “lies in the Kalima Tayyaba”. He said non-Muslims were conspiring against Pakistan both internally and externally. They could only be defeated by “acting upon the methodology of the state of Medina”.

“Islam is not only a set of a few prayers and teachings. Islam is a complete code of life. The Holy Prophet (peace be upon him) has also taught us a strategy for the defence of countries, as he has taught us prayer, fasting and zakat … the state of Medina had to face the treason and conspiracies of the non-believers of Mecca.”

“The Holy Prophet (pbuh) of Allah Almighty had to fight multi-dimensional and multi-faceted wars with non-believers,” he said. He said Pakistan faced the same geo-political circumstances.

He said Pakistan’s rulers valued their relationship with Europe and America too much. He said US allies India and Israel feared Pakistan because “they know very well” that when Muslims are ready to sacrifice themselves for their cause, no power in the world could stand in their way.

He said that the US, India and Israel had “evil and sinister” designs all over the world. “But all those traps and nets are breaking down as a result of the sacrifices of Muslims,” he said.

Saeed said there was a growing hostility between non-Muslims and Muslims. He said Islam would emerge as a great power in the coming days.

He said Pakistan was being targeted by conspirators because it had been established in the name of Islam. He said the memo scandal, drone attacks, the Abbottabad operation, bomb blasts and the attack on the Salala check posts were part of “the so-called war being fought in this region for the last decade”.

“Our rulers are trying to avert this war instead of taking counter measures against their conspiracies. They should not play with national solidarity and sovereignty. They should play a brave part in the defence of Islam and Pakistan,” he said.