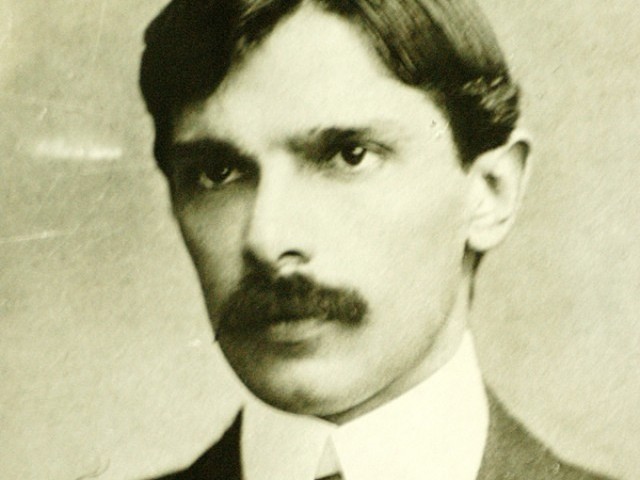 KARACHI: Today (Sunday) marks the 135th birth anniversary of the founder of Pakistan ­– Quaid-e-Azam Muhammad Ali Jinnah. Cadets from Pakistan Military Academy (PMA) marched at the mausoleum of the Quaid-e-Azam in Karachi early morning on Sunday and hoisted the guard of honour.

Several special ceremonies were also held at the mausoleum in the port city and other parts of the country to celebrate the birth anniversary of Jinnah. Prime Minister Yousaf Raza Gilani, along with other cabinet members, visited the mausoleum to pay his respects to the founder.

Gilani, speaking to the media at the mausoleum, said that the 100th cabinet meeting held today in Karachi was to pay a tribute to the great Quaid who believed in the parliamentary democracy.

The prime minister added that this day was significant because it is not only Quaid’s birth anniversary but also Christmas.

Earlier during the day, while addressing the cabinet meeting, Gilani said it is the best way to pay homage to the Quaid-e-Azam that the democratic government has completed 45 months and assured that in line with the principles of the Quaid-e-Azam, the democratic government adopted the policy to have relations with all the countries including its neighbours with honour and dignity.

President Asif Ali Zardari, while commemorating the father of the nation, said that Jinnah had rejected any change by bullets and had always favoured that it be done through a ballot. “Let us pledge that we will not allow any change through force and intimidation and respect the power of ballot as the instrument of change.”

The president said the Quaid stood for constitutionalism, rule of law, respect for human rights, pluralism and honouring the mandate of the people.

He urged the nation to pledge on this day to reclaim Quaid-e-Azam’s Pakistan and unleash the creative powers of the people through freedom, justice, the rule of law and an end to terrorism and violence.

The president urged the people to forge unity in their ranks to preserve and protect their democratic and political rights and make Pakistan a country where egalitarianism prevailed and in which every individual is allowed opportunities for the blossoming of his potential and shaping his own destiny.

Pakistan was established under the dynamic leadership of the father of the nation, Quaid-e-Azam Muhammad Ali Jinnah, and we should follow the motto of the great leader for the progress and prosperity of the country.

This was stated by Sindh Chief Minister Syed Qaim Ali Shah in his message on the eve of the 135th birth anniversary of the Quaid-e-Azam being marked on Sunday.

Shah said that by strictly observing the motto of the Quaid-e-Azam – Unity, Faith and Discipline – we can ensure the progress and development of the country and ensure for it a prominent place in the comity of nations.

He said that today our country is confronted with internal and external challenges and dangers and that the government of Pakistan Peoples Party (PPP) is striving to overcome these challenges.

Quaid-e-Azam’s motto to be followed to pay homage to him: Sindh Governor

The best way to pay homage to the Jinnah is to follow his motto of Unity, Faith and Discipline, said Sindh Governor Dr Ishratul Ebad Khan in his message on the occasion of the birth anniversary of Quaid-e-Azam Mohammad Ali Jinnah.

He said that by following these principles we can make the country strong, developed and prosperous, adding that from day one, the Quaid-i-Azam was against injustice and violence.

He said that the Quaid not only deplored injustice and violence at every stage but he also took practical steps for their eradication.

Ebad added that the father of the nation believed that supremacy of law was the peaceful way for the realisation of justice and that the Quaid had always stressed the need of unity, cohesion and promotion of the spirit of brotherhood.

He said that we should follow the path determined by the Quaid-e -Azam as this leads to our betterment as well as the development of the country.

Khyber Pakhtunkhwa Governor Barrister Masood Kausar said that the cherished dream of the Muslims for a separate homeland was realised by acting upon Jinnah’s motto.

Due to his towering personality and exemplary leadership, he added, he was honored with the title of Quaid-e-Azam.

He said: “The 25th of December is a memorable day for the Muslims of the Indian Sub-continent as their beloved leader Muhammad Ali Jinnah was born on this day. It was due to his charismatic leadership that Muslims were liberated from the clutches of British imperialism.”