As anti-govern­ment as the sentim­ent among many in the countr­y may be, a milita­ry coup is the last thing anyone wants.
By Editorial
Published: December 24, 2011
Tweet Email 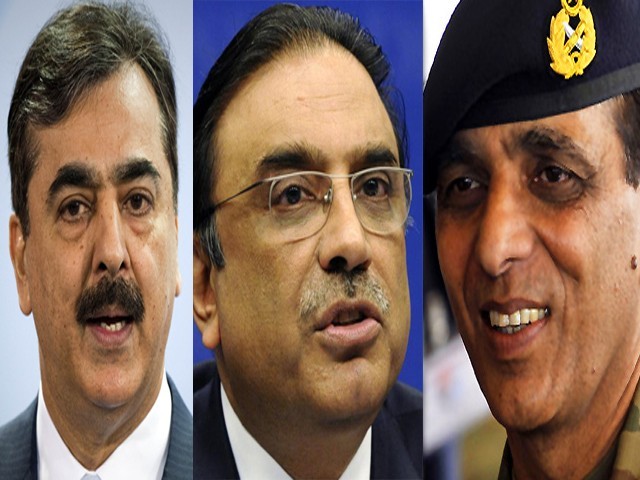 The fact is that the government will have to wrest control back from the military piece-by-piece.

So complete is the military’s hold over politics that a mere statement will perhaps not be enough to lower currents tensions in the country’s polity. Still, Chief of Army Staff Ashfaq Parvez Kayani’s statement that the army is not plotting a coup against the elected government is welcome and should lead to some reduction in the tension. That it came a day after Prime Minister Yousaf Raza Gilani openly voiced his fears that the moves were being made to send his government packing shows that at least for the moment the army probably will not risk an overt coup. As anti-government as the sentiment among many in the country may be, a military coup is the last thing anyone wants.

That said, even if the army has decided that an overt coup is not plausible right now, there are other ways in which it has in the past interfered with the democratic process. It is an open secret that the military leadership is not happy with President Asif Ali Zardari and they could engineer his resignation while allowing the government to serve out its term. In that context, disavowing a coup is not the same thing as promising to be subservient to a civilian government and to parliament. The government indirectly admitted its weakness when in an affidavit it submitted to the Supreme Court, the ministry of defence said that it had no control over the military. The army chief’s statement does nothing to change that.

In an ideal world, the civilian government would not have to worry about the military, which should be under its control, just like any other institution of the state. However, the fact is that the government will have to wrest control back piece-by-piece. It must begin by standing its ground on Memogate and should demand that if at all the actions of one person are to be investigated, then those of the other, also mentioned in the transcripts, should be probed. Additionally, the PPP needs to be more open about the challenges it faces and not equivocate on issues when it needs to take a stand. In that context, the prime minister’s speech on the floor of the National Assembly on December 22 was most timely and one hopes that the party will now perhaps find its voice which held it in good stead during many years of military dictatorship.

After the Salala probe report