Says if army believ­es it is a state within a state, it is unacce­ptable.
By Sumera Khan / Zia Khan
Published: December 23, 2011
Tweet Email 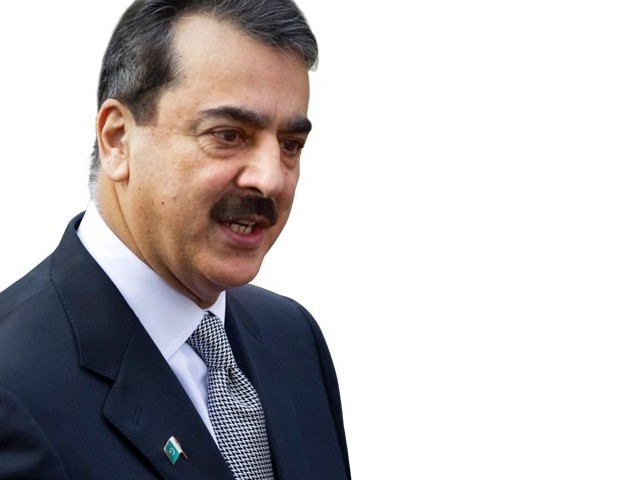 Says if army believes it is a state within a state, it is unacceptable.

ISLAMABAD: In one of the most audacious speeches by a sitting prime minister in recent memory, Yousaf Raza Gilani on Thursday unexpectedly let loose a barrage of accusations and reservations against the country’s all-powerful military establishment.

First at an exhibition, and later on the floor of the National Assembly, Gilani not only voiced concerns over ‘conspiracies being hatched against the incumbent government,’ he questioned the credibility of the armed forces over the Osama bin Laden (OBL) debacle that resulted in questions being asked on the global stage about Pakistan’s sincerity in battling terrorism.

The premier, in a direct reference, hit out at the military establishment, and said that a “state within [a] state will not be acceptable,” referring to the military’s dominance in the country’s affairs.

The day started early, and aggressively. “Conspiracies are being hatched to pack-up an elected government,” Gilani said at a photographic exhibition at the Pakistan National Council of the Arts.

“[Whether] we remain in the government or in opposition … we will continue to protect the rights of the people,” the premier said.

The thrust of the prime minister’s blitz, however, was reserved for the National Assembly floor.

“If the army considers itself a state within [a] state, then it is unacceptable,” Gilani said while responding to a point of order raised by Leader of the Opposition Chaudhry Nisar Ali Khan.

“We will have to come out of this slavery. If we remain subordinate to this system, then there is no need for parliament,” Gilani said.

The premier set out to clear that there are no sacred cows, and that the intelligence agencies cannot absolve themselves in the OBL debacle.

“We are being asked by the judicial [Abbottabad] commission about issuance of visas (to Americans). But I want to ask how Osama bin Laden lived here for the past six years? On what type of visa was he living here,” Gilani asked.

Up next, he took on his own admission of weakness – the defence ministry’s response to the Supreme Court wherein it claimed that military’s operational matters do not come under its domain.

After pathos, Gilani resorted to logos.

“They are being paid from the state exchequer, from your revenue and from your taxes. All institutions are subservient to parliament, and we have made them accountable to parliament”, the premier said.

Gilani reiterated past events where, he said, the government stood by the armed forces at the bleakest of hours – over a storm of American pressure after the OBL raid, the Nato attack at border posts on November 26, 2011 and the 2008 Mumbai attacks.

“The democratic government has always emboldened and motivated the image of security forces on all issues,” the premier said.

Realising the sacrifices of our soldiers for the cause of the country, the government raised their salaries by a hundred per cent, he added.

The ire was directed not just at the military, though. Gilani also addressed the judiciary, reminding the judges that he ordered their release moments after his election as prime minister, and his government reinstated them to their offices later.