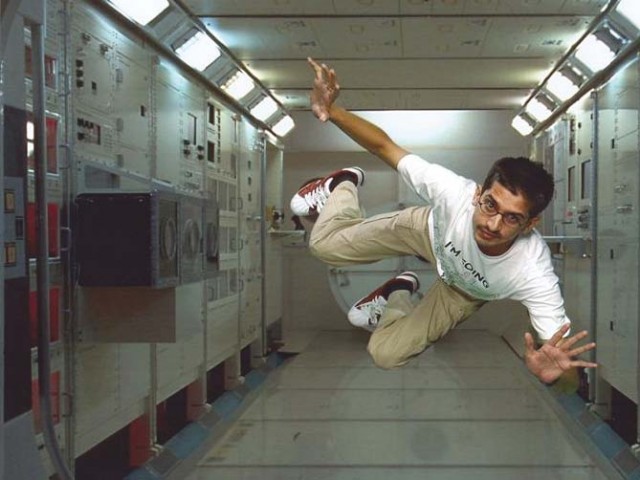 The software Usmani has developed can simulate suicide bomb explosions in three dimensions.

KARACHI: Even though catching suicide bombers may be difficult, it is possible to minimise casualties and injuries from their attacks by putting in place pre-emptive measures based on studying past explosions, says a 32-year-old Pakistani scientist.

Zeeshan-ul-Hassan Usmani, who currently teaches at the Ghulam Ishaq Khan Institute of Engineering Sciences and Technology in Topi, Khyber-Pakhtunkhwa, completed his PhD in computer science from the US-based Florida Institute of Technology where he went to study on a Fulbright scholarship. His PhD topic, “Modelling and Simulation of Explosion Effectiveness as a Function of Blast and Crowd Characteristics,” was inspired by a desire to save lives, Usmani says. The software Usmani has developed can simulate suicide bomb explosions in three dimensions. The computer programme has wide-ranging applications, including blast forensics and post-disaster management.

It was this software which helped Usmani figure out that the Ashura blast in Karachi was planted and not the work of a suicide bomber. Soon after the blast, the authorities claimed that it was a suicide attack. However, based on post-blast forensic signatures and injury patterns, Usmani demonstrated that it was a planted explosive.

Usmani has worked as a consultant for the Sindh police, as well as the Anti Narcotics Force. He is now looking at the possibility of working on a project for the Punjab government.

According to Usmani’s research, just by changing the way a crowd of people stand near a suicide bomber can reduce deaths by 12 per cent and injuries by seven per cent on average.

His simulation software incorporates the effects of stampedes, which usually occur when people start running in the same direction following an attack. The analysis also shows that announcing the threat of a suicide blast in a crowd could result in higher casualties.

What surprises Usmani is that in spite of 260 bombings and 3,841 fatalities since 1995, the authorities are not studying data or incorporating changes that could minimise the effects of these deadly attacks.

“Despite a large number of such blasts, it seems we’re bent upon not learning anything from them. Even today a large number of buildings which were struck in the past don’t incorporate any changes to their design or increase exit doors,” Usmani says.  He suggests that his software can be used in identifying whether a building such as a mosque or imambargah have proper safety measures in place.

The backbone of the software Usmani has developed is the database, which comprises bombing and injury details from records of suicide bombing incidents in Pakistan, beginning November 15, 1995 to the present day. Usmani also maintains the count on his online portal www.PakistanBodyCount.org.

“The study is based on the records of patients compiled painstakingly from hospitals, which in most cases include medico legal reports, X-rays, electrocardiograms, post-traumatic stress disorder profiles, and injury types and characteristics. The database also contains blast characteristics, such as explosives type, weight, shape, fragmentation signatures, and temperature of the day, crowd characteristics, such as crowd density, gender, age ratio, weight, and the distance from the bomber with plus or minus two feet of error,” says Usmani.

One very interesting finding which Usmani was able to make through this data was that attacks claimed by different militant groups have caused different wounds.

According to the scientist, suicide attacks claimed by Lashkar-e-Jhangvi (LJ) have 35 per cent laceration and eight per cent punctured wounds rate, while those claimed by Harkatul Mujahideen (HM) have 31 per cent abrasion rate compared to 13 per cent of the LJ. On the other hand, the laceration rate of attacks claimed by the Baloch Liberation Army (BLA) and the HM is quite similar. The BLA suicide attacks have more than 30 per cent torso injuries compared to eight per cent in the HM and 20 per cent LJ attacks. Usmani claims: “If you give me the description of wounds, I can provide you with the name of the probable culprits”.

Usmani’s programme can also predict whether security measures put in place to thwart terrorist attacks at high-profile targets, such as the Presidential House, are effective. In most cases, Usmani says, his analysis is that “the heavy road blocks and barbed wires put in place [for security] will in fact act as shrapnel and may seriously damage or destroy the buildings”. Commenting on why global products such as Injury 8.1 or Blast/FX  are unable to match his software, Usmani says that such applications are either restricted to the US army/military domain or are too expensive (usually $25,000 per licence) to be used in Pakistan. “On the other hand, my product can perform similar or even better analysis in case of a suicide attack for as low as Rs100,000 to Rs200,000 per assignment.”

Hinting at the poor forensic standards of our law enforcement authorities, Usmani says that most police officials hide vital data in the name of confidentiality. “However, the truth is that in most cases they don’t even keep a record of the data, to say nothing about determining patterns and analysis.”

To correct this state of affairs, Usmani says there is a dire need to establish a suicide bombing research centre (SBRC) that is independent and takes input from all stakeholders, including hospitals, agencies, police and the media, to determine patterns in suicide attacks. Sadly, “Pakistan today is the best place on earth to study suicide bombings,” he says. “In fact, we could even provide consultation to the world in this area.”

However helpful the software might be, according to the director of the Pakistan Institute for Peace Studies Muhammad Amir Rana, “our investigators don’t have the capacity to use such high-end tools”. He cites the example of Chinese scanners installed by the authorities at the gateway of Islamabad to check vehicles for bombs, which according to Rana, the police haven’t been able to operate properly.

“Also, simple things such as computerisation of the process of registering an FIR haven’t seen the light of day,” he says. Nevertheless, the counter-terrorism expert believes that if Pakistan is to win the war against militancy, all possible tools, including the one created by Usmani, would have to be employed.

Sindh’s prisons give inmates a break from TV