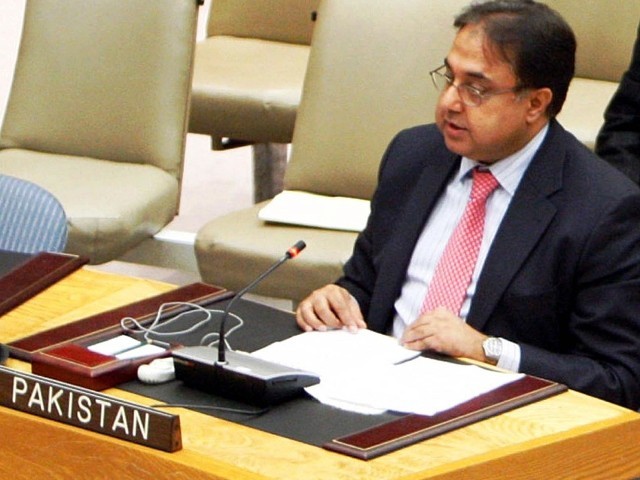 UNITED NATIONS: Pakistan has told the United Nations Security Council (UNSC) that last month’s Nato cross-border attack was a “transgression of Pakistan’s territorial integrity and a flagrant violation of the UN Charter.”

“The attack on Pakistan border check post on November 26, which killed 25 soldiers, was a grave incident,” Pakistan’s acting permanent representative to the UN Raza Bashir Tarar told the 15-nation council on Monday.

As a result of the attack, Tarar said that Pakistan had been constrained to absent itself from the Bonn Conference.

He said that when the federal cabinet had taken the decision, it had also expressed hope that the international community would reaffirm its support for peace and development. Tarar added that Pakistan had looked forward to the meeting’s success.

“We want the international community to succeed in Afghanistan because this success is in Pakistan’s national interest,” said Tarar. He added that Pakistan was committed to restoring peace and stability in Afghanistan and the region.

“Pakistan looks forward to contributing, as effectively as possible, in an environment free from recrimination and blame-game, and based on the foundation of mutual respect and trust,” he said.

“Speculative statements made in a knee-jerk reaction vitiate the atmosphere and erode mutual trust,” he added. “Such blame-games must be stopped.”

The envoy went on to emphasize that Pakistan could not be held responsible for the problems and challenges afflicting Afghanistan.

He said that the international community, Pakistan and Afghanistan must work closely as responsible partners, in a cooperative manner, and not rush to judge or question each other’s intentions.

“We are not preaching something that we do not practice,” he urged.

“Pakistan has never resorted to blame-game, even when militants crossed over from the other side and attacked our troops and innocent civilians,” he said.

Tarar said Pakistan valued the role of United Nations Assistance Mission in Afghanistan (UNAMA) in coordinating a comprehensive international effort, and hoped that its mandate would enable UN to make more meaningful contributions to peace and development.