The lesson of 1971 is that the milita­ry must neithe­r govern nor should it be used agains­t its own people.
By Dr Akmal Hussain
Published: December 20, 2011
Tweet Email 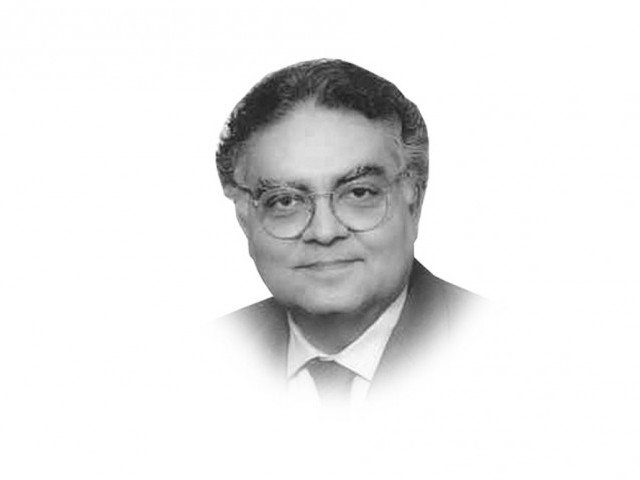 When the military government of 1971 committed atrocities against the people of East Pakistan, it undermined the legitimacy of the very state it purported to defend. In West Pakistan, the state’s propaganda machine was deployed in the familiar whipping up of public opinion into a frenzy that was fuelled by a combination of misguided notions of religious ‘purity’ and ethnic prejudice. The Bengalis, who at the time constituted the majority of Pakistanis, were demonised as a seditious ethnic group soiled by Hindu influence. The consequent failure of the people of West Pakistan to rise up in mass protest ruptured the fabric of humanity that gives cohesion to society and ennobles national consciousness.

The people in post-1971 Pakistan did not come to terms with the crimes against humanity that had been committed and this cast a shadow on the national psyche. The displacement of human values from the practice of governance, gradually, eroded the institutional structure of society and state, since democratic institutions are underpinned by the norms and values of civilisation.

The essential factor in the debacle of 1971 was the fact that a military government was in power. It chose to use military force as a response to what were essentially political demands of the majority, following the electoral success of the Awami League led by Sheikh Mujibur Rahman. The mode of use of military force, unconstrained by considerations of professional discipline, law or morality was due to of a gradual degeneration of the military cause by its involvement in politics, following the Ayub Khan coup d’état of 1958. This fact is clearly articulated in the published version of the Hamoodur Rahman Commission Report (as declassified by the government): “one of the major causes of our disgrace was the moral degeneration which had set in among senior military commanders as a result of their continued involvement in martial law duties right from 1958”.

The commission identified the main allegations of ‘excesses’ committed by the Pakistan Army, some of which are: “excessive use of force and firepower in Dhaka during the night of March 25 and 26, 1971”; “senseless and wanton arson and killings in the countryside during the course of sweep operation…”; “killing of intellectuals and professionals like doctors and engineers…”; “killing of East Pakistani civilian officers, businessmen and industrialists ….”; “raping of a large number of East Pakistani women …”

The Hamoodur Rahman Commission compiles evidence on the allegations through statements by senior military officers. For example, General Niazi, in referring to the period prior to the posting, testifies: “Military action was based on the use of force, primarily, and at many places indiscriminate use of force was resorted to …”. Brigadier Shah Abdul Qasim states: “Excessive force was used on that night. Army personnel acted under the influence of revenge and anger during the military operation. Major General Rao Farman Ali, adviser to the Government of East Pakistan testifies: “Harrowing tales of rape, loot, arson, harassment and of insulting and degrading behaviour were narrated in general terms…”.

That a professional army could descend to such depths shows what happens when an organisation is divorced from its moral moorings. Since 1971, the Pakistan Army has been reconstructed as one of the finest fighting forces within its technological constraints, in the world. The basis of its fighting capability is the discipline, strength of character and moral integrity that are inculcated during the training process of soldiers and officers alike. The lesson of 1971 is that the military must neither govern nor should it be used against its own people. The operations in Balochistan over the years, as indeed repeated military interventions in the political sphere since 1971, make one wonder whether the lessons of East Pakistan have been learnt.

In the civilian sphere, the lesson of the 1971 tragedy is to give importance to establishing rationality and universal human values in institutional structures and in political behaviour. The first step in rectifying the degeneration of politics in Pakistan would be to offer an apology to the people of Bangladesh. As a citizen of Pakistan, I humbly do so now.

The birth of Bangladesh