DG ISI should have resigned after May 2 incident: Asma Jehangir

DG ISI should have resigned after May 2 incident: Asma Jehangir

Jehang­ir says she did not unders­tand why DG ISI felt the need to travel abroad in order to invest­igate the memo.
By Faisal Shakeel
Published: December 19, 2011
Tweet Email 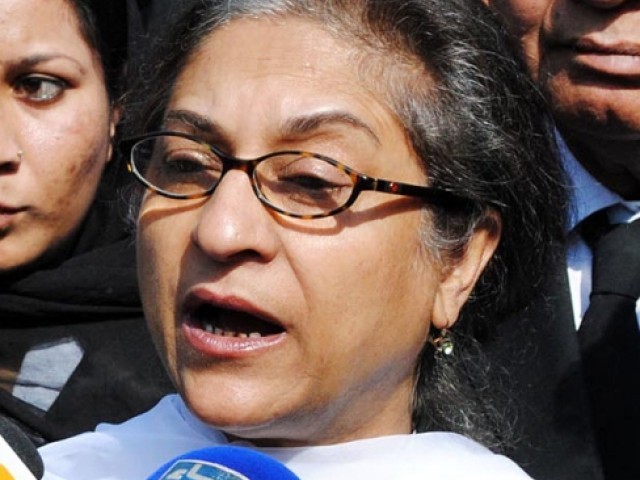 Jehangir says she did not understand why DG ISI felt the need to travel abroad in order to investigate the matter. PHOTO: ONLINE/FILE

Speaking to the media after the hearing of the Memogate case, Jehangir said that she did not understand why the DG ISI felt the need to travel abroad in order to investigate the matter.

“Who gave him the authority to do it?” she asked. “I hope our politicians realize where they are taking the country by blindly pursuing the Memogate case.”

She said that the Supreme Court had admitted American-Pakistani businessman Mansoor Ijaz’s e-mail, which he had sent to the registrar, into a part of his reply while petitioners will get the replies by midnight.

Jehangir said that she had subjected the order in the Memogate case to criticism and would continue to do so in her arguments. She said that Ijaz had himself stated that he would defend the interest of US.

“This matter should be examined with care and the court should provide ample time to all the stakeholders to get their part of the story across,” she said. She also said that Ijaz had become the “darling of media,” and that the media played up every statement he made.

The Memogate scandal began when Admiral Mike Mullen confirmed the existence of a controversial memo, allegedly sent by President Zardari via a trusted source. Former ambassador to the US Haqqani resigned after it was alleged that he involved in the controversy.