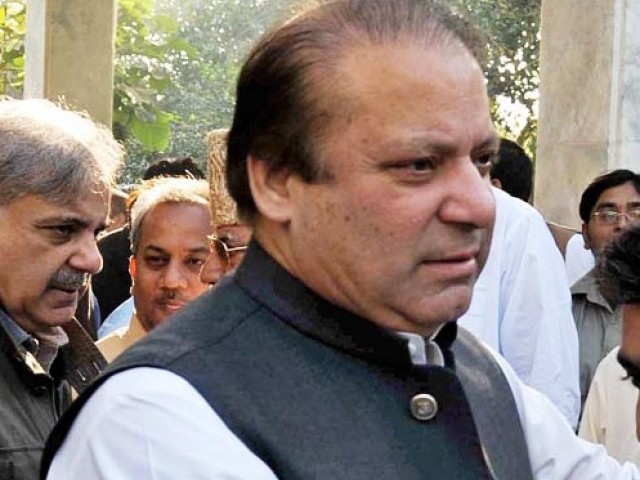 KARACHI: Pakistan Muslim League (PML-N) chief Nawaz Sharif said on Monday that his party will fight the case for Balochistan and that the province was a vital part of the country.

Sharif made the statement while speaking to the media after a meeting with Balochistan National Party (BNP) chief Sardar Ataullah Mengal in Karachi.

Mengal stated that the conditions in Balochistan had pushed the province to the point of no return.

“The situation is not in my control anymore and talks would need to be held with the youth present on the mountains of the province,” he said. He added that they had suffered the consequences of their past mistakes and that those dying Balochistan were also human beings like those being killed in Karachi.

Sharif said that Mengal’s concerns were legitimate and that atrocities were being committed in Balochistan.

Sharif arrived in Karachi through the VIP terminal of the airport for a three-day visit. As soon as he stepped out of the terminal, PML-N workers wreaked havoc by beating up journalists and damaging their equipment.

Three cameramen were critically injured after they were beaten up, while some journalists received minor injuries. At least two cameras were also broken.

While speaking to the media at the airport, Sharif said that he had come to Sindh to talk to all political leaders on how to bring Pakistan out of the troubles it is currently facing.

Sources said that Sharif has come to Karachi in order to unite different factions of his party members prior to Pakistan Tehreek-i-Insaf’s (PTI) rally in the city on December 25.

According to the PML-N leadership in Karachi, Nawaz Sharif will meet with members of the business community on Monday at an event held in his honour.

Several times in the past, Sharif has lashed out against the Sindh government criticising it of being inefficient, and vowing to the people of Sindh of coming to help them.

From climate change to karo kari, MPAs discuss everything under the sun