Memogate hearing: What are the Supreme Court’s options?

Memogate hearing: What are the Supreme Court’s options? 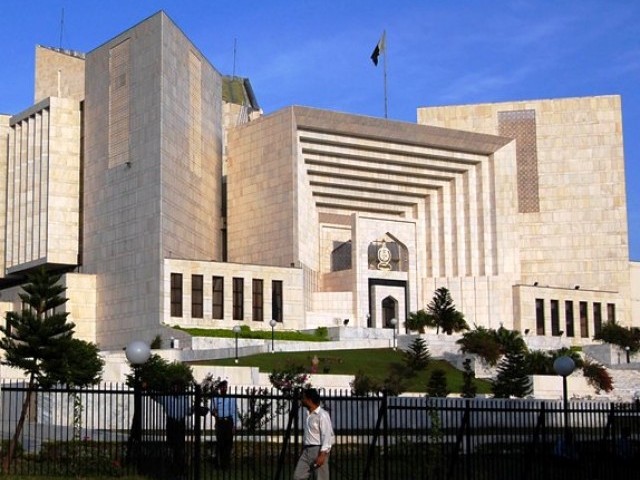 ISLAMABAD: The Supreme Court resumes hearing the Memogate case on Monday (today) with the very “maintainability” of the case in question. The issue of the president’s immunity from criminal proceedings remains the central talking point among constitutional experts.

While some argue that the court could decide the case without a reply from President Asif Zardari, Attorney General Maulvi Anwarul Haq believes the SC is still deliberating on the case in general.

“The court is asking the petitioners to satisfy the court that they have a reasonable case,” Haq told The Express Tribune. “Unless this is done, the maintainability question would remain pending,” he said.

Former Law Minister Khalid Anwar believes the court could proceed without the president’s reply. “Even if one of the respondents refuses to file a reply, in cases of public importance the court has a duty to decide the case,” he said.

Commenting on the court’s powers, Anwar said that at one point during the NRO review case – when the federal government was insisting on a change of counsel – the chief justice had warned of a dismissal of the plea. “Finally, the chief justice allowed the federal government to change the counsel and dismissed the review petition. That was the correct approach,” Anwar said.

The former law minister believes that in the Memogate case the Supreme Court could also wait for a further couple of weeks for the president’s reply, if the Attorney General made such a request.

Barrister Zafarullah Khan, one of the nine petitioners in the case, disagrees. “Zardari could steer clear of the proceedings in the Memogate case because Article 248 states that ‘no criminal proceedings shall be instituted or continued against the president’,” he said.

Zafarullah emphasised that the president had already raised the question of immunity by refusing to file the reply. Since 2009, the lawyer has attempted to get the SC to confirm that criminal proceedings could not be instituted against the president.

“I have challenged the rejection of my petition by the Registrar of the Supreme Court through an appeal, which is pending adjudication,” Zafarullah told The Express Tribune. He said that the SC itself has referred to the Watergate Scandal and the inquiry against former US President Richard Nixon.

“In the US constitution, the president does not enjoy immunity as opposed to our constitution,” he said. “I stand for the correct application of law. If we do not respect constitutional immunity to our head of state then tomorrow our president might be subjected to proceedings abroad. How would that feel?”

Prominent lawyer Akram Sheikh thinks the Pakistan Peoples Party has resorted to cheap political tactics by not submitting a reply to the court. “They are already on their way out but they want to become some sort of victim to buy the sympathies of the masses in order to return to power,” he said.

Akram said that the court could draw an “adverse presumption” if it decided that it had the jurisdiction in a case involving allegations of a serious nature. “If the president is so concerned about his own authority, he should also respect the authority of the highest court of Pakistan,” he added.