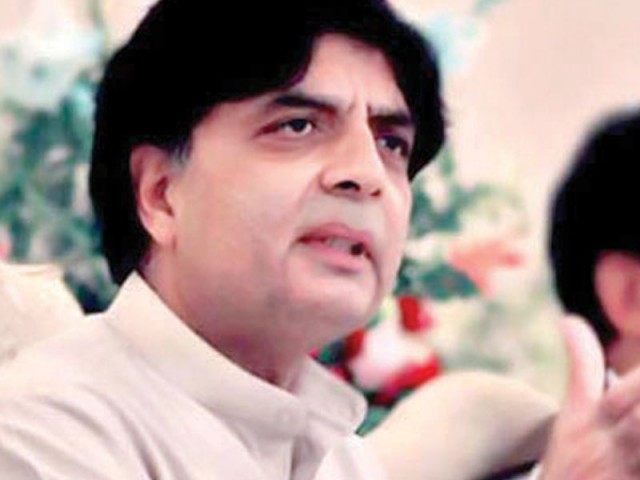 ISLAMABAD: Leader of the Opposition Chaudhry Nisar called on the Prime Minister to expose which conspiracies were afoot to subvert the democratic system of the country.

Nisar, during the National Assembly session, alleged that the ruling government was trying to hide its incompetence, diverting attention with the news of conspiracies. Since the opposition did not want to become a party to any scheme that subverts democracy, Chaudhry Nisar said that they would like to be aware of such a scheme so as to steer clear.

Nisar exhorted the government to present the agreement to hand over Shamsi airbase. If there was no agreement, Nisar said,  then the matter was graver than previously believed, he said.

The Opposition leader also refuted the suggestion that the DG ISI would need permission from Saudi Arabia to act against the current government in a coup.

Bushra Gohar of the ANP demanded that the DG ISI Lt Gen Shuja Ahmad Pasha should resign from his post so that a transparent investigation into the Memogate scandal could be carried out, ala Husain Haqqani.

Chaudhry Nisar said that he had repeatedly called for the DG ISI to resign during his address in the joint session of the parliament.