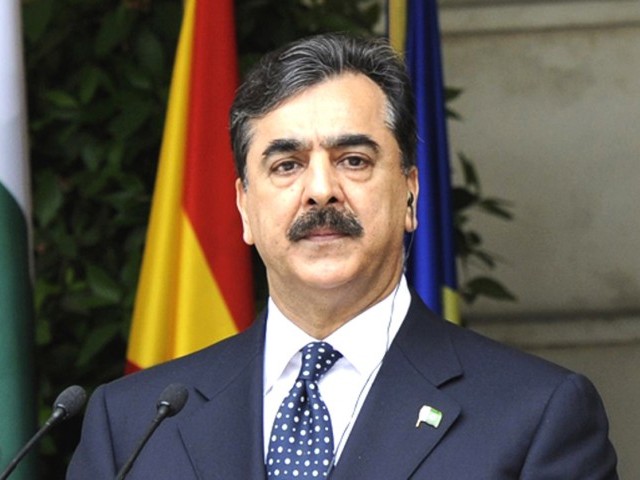 Premier says COAS will ensure security to all power players

ISLAMABAD: A day after he granted a three-year extension to the military chief, Prime Minister Yousaf Raza Gilani hailed the move as a ‘guarantee’ for the stability of a democratic system.

Speaking to media, Gilani said the extension of COAS General Ashfaq Pervez Kayani’s tenure had put all stakeholders in the power game – the president, the prime minister, the chief justice and the military chief – in a secure position till 2013. All four key players of Pakistan’s beleaguered politics are set to complete their terms at different times during the year 2013.

But Gilani was quick to warn these individuals and the institutions they lead to work within the ambit defined by the country’s constitution.

“This is the way forward. This is how we can succeed in making Pakistan a democratic state,” Gilani told reporters after visiting a shelter for orphan children on the outskirts of Islamabad.

The prime minister said Kayani’s tenure has been extended to ensure continuity of policies in the war on terrorism. “Pakistan is in a unique situation,” he justified. “We are in the middle of the war against extremism and terrorism. Stability has to be maintained and it was important for consistency and continuity.” Why three years? “This has been done to bring further stability and to remove any misunderstandings,” said the premier.

While many had been anticipating the granting of an extension to Kayani, few believed he would be given another full term. However, the premier denied pressure from any quarters for granting Kayani the extension: “No third party was involved”.

But, according to reports in the international and domestic media, the US administration did play a role in securing another term for the military chief they want to work with. And spurring such speculation is the timing of the announcement – just days after US Secretary of State Hillary Clinton’s visit to Islamabad.

So the drama, so the din