US hopeful of mending ties after Salala setback: Munter

US hopeful of mending ties after Salala setback: Munter 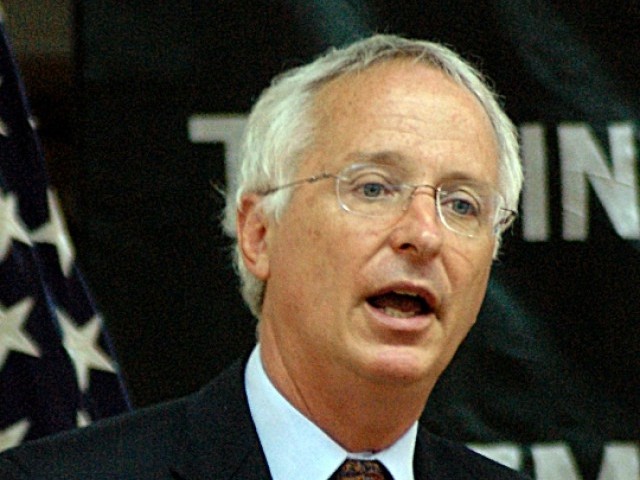 Munter, talking in a television interview said US would share findings of investigation with Pakistan. PHOTO: AFP/FILE

ISLAMABAD: United States Ambassador to Pakistan Cameron Munter  in an interview on Monday said that the Mohmand Agency border incident, in which at least 24 Pakistani soldiers were killed, was a setback for Pakistan-US ties, and that his country wanted to rebuild cooperation in areas of economy, military and intelligence sharing.

In an interview to a private television channel, Munter admitted that the Salala incident happened when the two countries had military and intelligence cooperation and were collaborating on economic matters.

“In fact when people die, whether they are Pakistanis or Americans, it is too many and it was a tragedy that it happened,” Munter said, adding “We have really tried to make it clear how sorrowful we are about this event. We feel the pain of the Pakistani people.”

NATO, US investigation results to be shared with Pakistan

Munter said the US has pledged to conduct a full investigation of the incident and “in the coming days, most of all we want to make sure that we learn from this and that this never happens again.”

The ambassador added that the US Central Command has formed a commission led by Brigadier General Clarke to investigate the NATO attack, while a separate investigation is being conducted by NATO.  The findings of these investigations will by shared with Pakistan, assures Munter.

Stressing that the NATO attack was not intentional and the mechanism which should have stopped the incident failed on that day. “The mechanism that should have prevented this failed. We need to work together to make sure that mechanisms are in place and this should not happen again,” the envoy said.

Stoppage not to last long, Munter

When asked about the NATO supplies halted by Pakistan, Munter said he was hopeful that the stoppage would not last long. “As we work through this tragic incident, which should never have happened, we find a way to work together and this stoppage would not be necessary.”

Pointing out the common objective for US and Pakistan and all allies, Munter said they were trying to fight militants to protect their way of life and shared values there was a need to work together to fight them.

“We are in constant contact with Pakistan people to find out how we can work together in the fight against militants and how you understand our sorrow about this tragedy.”

The Ambassador said the Pakistani troops pulling out from the liaison centres will not make things easy between Pakistan and US but they understand the anger of Pakistani people.

“We have the same goals. Although there is anger on both sides. There is anger about the events that took place all year, Raymond Davis and Abbottabad case, these were painful, painful things and the anger has built up,” he said stressing they needed to get beyond their differences, “Let us get beyond the anger. We share the same goals. We really have to work together to make this region peaceful, stable and prosperous.”

Munter said it was not true that there was no investigation into the case of Raymond Davis and said there was a group of officials from the Department of Justice who were following up the case as promised by Senator John Kerry and by him.

“These officials have come to Pakistan and they are talking to Pakistani officials to do their best to convince the Pakistani people that we are following up as we promised,” he added.

Regarding the memo case, Munter it was an internal matter of Pakistan and the US had left it to the Pakistani authorities and “we hope that they will do the right thing”.