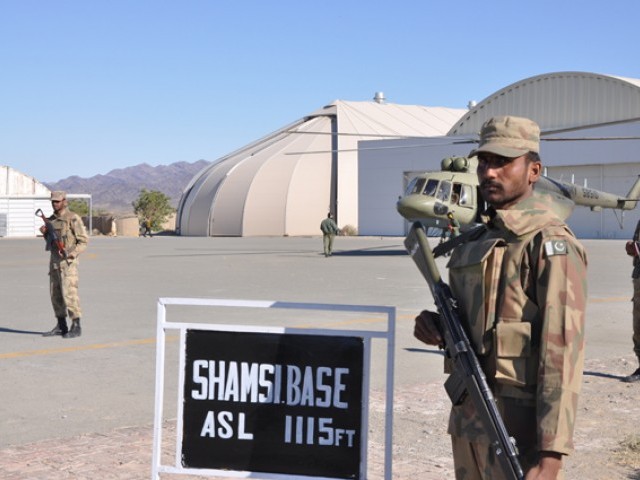 ISLAMABAD: As the last US plane left Shamsi airbase, an unexpected sense of optimism hung in the air, as Pakistan seemed prepared to move forward and US President Barack Obama asked for an early report into the Nato air raid which precipitated the move.

The military appears to be in a much more positive mood. Indeed, a senior security official described the US decision to leave Shamsi airbase as a step in the right direction. “The development will certainly lower tensions,” said the official, who asked not to be named – a sign that, despite both sides looking forward, the situation remains delicate.

Another official said the government expected to see some normalcy returning to US-Pakistan relations. “I think we should move beyond the incident,” he added, indicating a softening of the tough stance taken by Islamabad since last month’s airstrikes, which killed 24 troops.

He emphasised that a lot will now depend on the outcome of the US probe into the incident. “If they accept their mistake and take care of our sensitivities then things will improve,” the official said. “The ball is in their [the US’] court.”

The airbase, located about 300 kilometres south of Quetta, had been under the US control for over a decade, after military operations were launched to dislodge the Taliban regime in Afghanistan in October 2001.

The base was widely believed to have been used in a covert CIA drone campaign against the Taliban and al Qaeda commanders in the tribal areas which border Afghanistan. It was also said that the US had used the facility for surveillance on Iran.

In the aftermath of the Nato attacks, with Pakistanis – from street to cabinet level – fuming, Islamabad had given the US 15 days to leave the airbase. The US complied, though reports also emerged that a gradual wind-down operation had been happening since the raid that killed Osama bin Laden in May.

“The control of the base has been taken over by the army,” said a statement issued by the Inter-Services Public Relations. The military’s media arm also released photographs, one showing security personnel guarding the base and in the other a US plane was seen taking off from the facility in what was termed the last flight carrying American officials and their equipment.

The development comes just a day before a two-day conference to review ties with the US begins.

The conference, to be attended by ambassadors and high commissioners from key world capitals, will discuss various options following the Nato attacks. Prime Minister Yousaf Raza Gilani will chair the concluding session of the conference. The government has already announced its review of terms of engagement with the US. As part of the review, the military say they are considering an air defence system at the border with Afghanistan to prevent future incursions by Nato.

Some Western media reports indicate that under the new strategy Army chief General Ashfaq Parvez Kayani has authorised Pakistani troops to shoot down drones if they cross over to Pakistan.

However, a military official said such a decision can only be taken by the country’s political leadership. “Shooting down a drone is not the issue but the main question is: can we withstand the consequences of such an event,” he asked. “We cannot afford to confront the US. We have to find the way out.”

Contradicting this view, however, a senior unnamed Pakistani military official was quoted by NBC News as saying that “any object entering into our airspace, including US drones, will be treated as hostile and be shot down.”

(Read: What the US and Pakistan must do now)