Veena Malik concedes to shooting 'topless' for FHM, but not 'nude'

Veena Malik concedes to shooting 'topless' for FHM, but not 'nude'

Veena Malik insist­s her pictur­e is 'morphe­d' since her shoot was 'toples­s', but not 'nude'.
By Express / Saadia Qamar
Published: December 8, 2011
Tweet Email 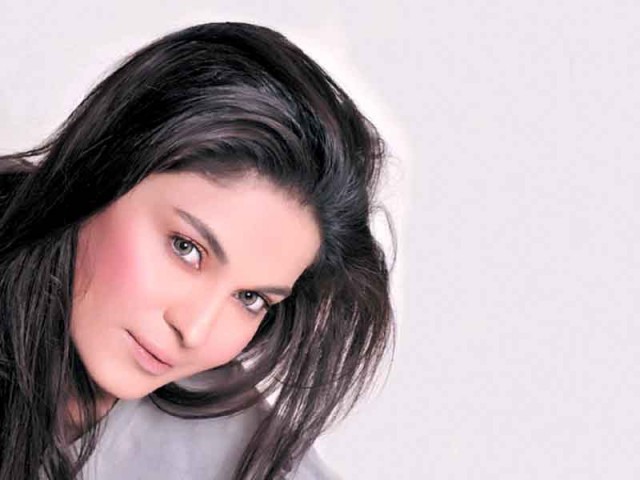 Veena Malik and FHM India are embroiled in a legal tussle.

Pakistani actress Veena Malik has conceded to being photographed in a “topless” shoot for FHM India, but denied that she shot a photograph in which she was “nude”.

In an interview with the British news channel BBC, Malik said that pictures of her fully naked which appeared on the December issue cover of the men’s magazine, FHM India were ‘morphed’ since during the shoot she was “topless and “covered” not “nude”.

Malik has filed a suit against FHM India, claiming damages worth Rs100 million. FHM India has counter sued Malik for Rs250million over the controversial magazine cover that hit the stands in early December.

During the interview, Malik says “if you look at my shoot, I do admit that I have done a topless shoot.”

Asked about why she agreed to the shoot, Malik said “I liked the idea of a bold shoot, but I did not do a nude shoot – that’s why I am standing here today, because I have to prove it.”

She explained “I won’t allow anybody to remove my bikini or my shalwar (loose trousers) or my dupatta (scarf).” Malik said if anyone was going to remove her clothes, it would be her. “If I want to do it, I will do it myself. And if I do it, I will own it,” she said.

Veena Malik has been mired in controversy in both India and Pakistan with regards to the shoot. One rendition of the cover has a nude Malik with an enlarged ISI (acronym for Inter Services Intelligence, Pakistan’s premier spy agency) tattoo on her left shoulder.

Veena had rejected nude shoot of her

Veena Malik’s PR Manager Sohail Rashid has said that there was no agreement or any exchange of payment between his client and FHM India. That he had been approached by a Dubai based advertising agency which wanted a bold and a nude shoot with Malik, he told The Express Tribune on Thursday.

“Sometime back, in early November 2011, Veena Malik was approached through me by a Dubai-based Advertising firm to do bold shoots for which they were willing to pay $60,000 and wanted it to be conducted before 14 December 2011, for the pictures to run worldwide on 1st January 2012.” Says Rashid, the same company soon offered another shoot, this time a nude. “Besides that they wanted to do a nude shoot of hers, and had I quoted $200,000, I am sure they would have paid it to her,” the PR manager claims. However, he says Malik rejected the offer “but she rejected the nude photo-shoot offer completely and said, ‘I don’t go for such a thing, Sohail.”

Asked about how the FHM India shoot came to be, Rashid asserted, “FHM India approached her and it happened through Vishaal Saxena, the photographer.” Saxena had earlier shot Veena Malik for Zoom TV, in October 2011, the manager explained. “When Saxena approached her for FHM India, she never said no, because you develop a comfort zone with someone, if you have worked with them before.”

Asked whether Veena Malik was paid for her FHM India shoot, Rashid seems confused, a little unaware, “there was no contract agreement between the two parties, i.e Veena Malik and FHM India hence, I don’t think so they paid her anything.”

Earlier on Wednesday, a case was filed against Veena Malik in the Islamabad High Court. Rashid said, “It was filed by a petitioner, yesterday and rejected, today on account that this was a case based in India and the pictures too had been published in India.”