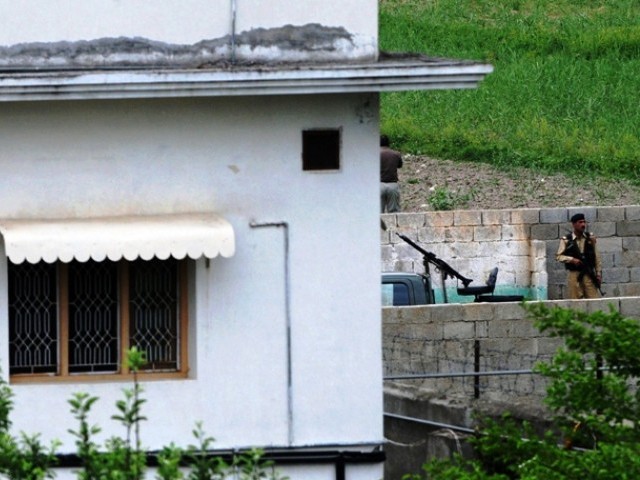 Mansoor Ijaz is either an egomaniac, jealous that last week’s Nato attack on border check posts has overtaken him on the Pak-US news agenda, or a man deeply committed to seeing a prosperous, democratic Pakistan – and willing to expose those at the highest level to achieve this goal.

Because Ijaz, the American businessman of Pakistani origin made famous by the Memogate scandal, just raised the stakes in an article published on The Daily Beast website. He alleges that Husain Haqqani, Islamabad’s former ambassador to Washington, is now trying to protect President Asif Zardari because, he claims, the two men had prior knowledge of the US raid in Abbottabad which killed Osama bin Laden.

“They may even have given advance consent after CIA operations on the ground in Pakistan pinpointed the Saudi fugitive’s location,” Ijaz wrote on the news website, which merged with Newsweek last year.

In a rebuttal sent to Tina Brown, the editor of The Daily Beast, Haqqani rejected the allegations as “reckless, baseless and false”. He also reiterated his denial of Ijaz’s earlier charge about his involvement in the memo sent to the US chairman joint chiefs of staff.

White House spokesperson Caitlin Hayden backs up Haqqani’s position: “There is no truth to the reports that Ambassador Haqqani or President Zardari had advance knowledge of the May 2 Abbottabad operation,” said the source, on the condition that he not be named. “As we’ve said repeatedly, given the sensitivity of the operation, to protect our operators we did not inform the Pakistani government, or any other government, in advance.”

Ijaz’s surmise of the Zardari/ Haqqani plan is as follows.

Unilateral US action, they thought, would result in the nation blaming the army and intelligence agencies for harbouring Bin Laden. Consequently, the public pressure on Army chief General Ashfaq Kayani and ISI chief General Shuja Pasha would force them to resign. Following this, Ijaz writes, “pliable replacements would have been appointed.”

There was also a contingency plan: “If it all went wrong, the Pakistanis could unite in their hatred of America for violating their nation’s sovereignty, with Zardari leading the chorus aimed at Washington. If it went to plan, the long-sought aim of putting civilians (i.e. Zardari & Co.) in charge of the army would be complete.”

Theories are one thing, facts another; in this realm Ijaz seems to be on shakier territory. “Unfortunately, plans leave footprints,” he writes, but there seems to be significant disagreement over where these footprints led and how far they went.

Haqqani was in Britain when the raid happened. Regarding this, Ijaz asks: “Was Haqqani in London so he could plausibly deny having any knowledge of the Bin Laden raid on the day it occurred, having just conveyed Zardari’s approval for the raid to the Obama national-security team? Or was he tasked with informing Pakistan’s key allies to keep everyone in the loop — playing the role of a back channel within his own government?”

Haqqani’s response is clear and precise, dismissing the remarks as irrelevant and factually incorrect. He says he was in Washington on the evening of May 1 and then boarded a flight to London on the way to Dubai and Islamabad. “Upon hearing of the Bin Laden raid I turned around from Heathrow airport and returned to Washington DC on the afternoon of May 2.” For Haqqani, Ijaz’s “falsehoods … destroy his credibility.”

The former ambassador further adds that his visit to London on May 9-10 was to discuss reconciliation in Afghanistan and Pakistan-UK and Pakistan-US relations following the Osama bin Laden raid. “My British interlocutors would attest to the fact that I did not discuss any fears about domestic political developments in Pakistan and certainly did not talk about any hare brained scheme against the Pakistani military,” he adds.

The rest of Ijaz’s article is an account of his dealings with Haqqani, largely through BlackBerry messages, including screenshots alluding to “tweaking” the memo.

Haqqani maintained the line he has held throughout: absolute innocence. He tells Newsweek that unless they retract the article – and Ijaz’s “impugning of my patriotism and loyalty to Pakistan” – he will take legal action.

As for Ijaz, much like the original Financial Times article which instigated the scandal, he concludes with a dig at Pakistan’s military institutions for their adverse intrusions in Pakistani politics, as well as the civilian institutions for not being “strong enough”.

Ijaz wants us to believe he has the interests of Pakistan – “a frustrated nation eager to find prosperity” – at heart. The fact is that when it comes to Memogate, most Pakistanis don’t know what to believe. Nevertheless, this beast is set to live on for some time yet.