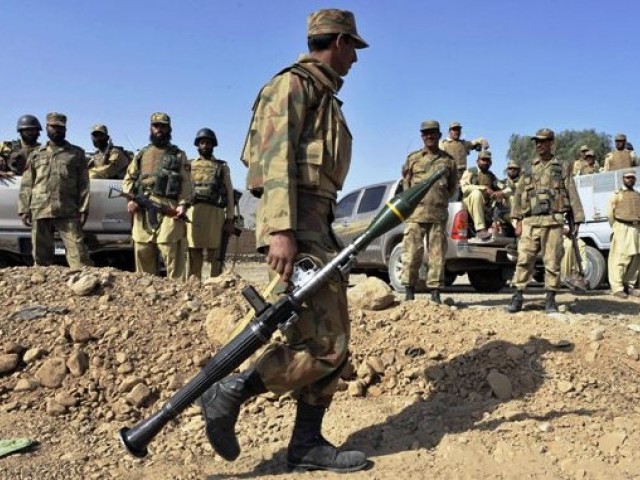 The militants were killed in the clash after security forces responded with artillery shelling of militant hideouts. PHOTO: AFP/FILE

PESHAWAR: At least 14 militants were killed during a security operation in Upper Orakzai Agency on Tuesday, security sources said.

Clashes took place in the Khadezai and Ali Khel areas of Upper Orakzai Agency when security forces made an advance towards militant sanctuaries.

Security forces launched a massive crackdown against militants in Upper Orakzai Agency some two weeks ago to clear the remaining parts of the agency from Tehreek-i-Taliban (TTP) militants.

More than 150 militants have so far been killed during the ongoing security operation with dozens of hideouts destroyed and countless others injured. Casualties cannot be verified independently as the area is not accessible to media.

The Orakzai Agency operation was launched in March 2010, following the arrival of a large number of militants into the agency.

Security forces had earlier cleared Lower Orakzai in April, however militants maintained sanctuaries and hideouts in parts of Upper Orakzai, including a stronghold in Mamozai. These areas are now being cleared.