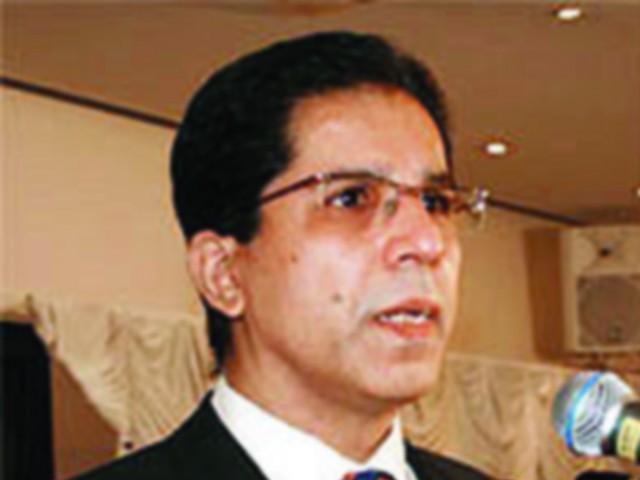 MQM leader Dr Imran Farooq was murdered in London in 2010.

KARACHI: The Sindh High Court has asked the ministry of interior to collect information from Scotland Yard and the Commissioner of the London Police about people who were reportedly arrested over the murder of Dr Imran Farooq.

Chief Justice Mushir Alam and Justice Ahmed Ali M Sheikh were hearing a petition filed by the wife of a man accused in the London murder case of the high-profile Muttahida Qaumi Movement leader.

The bench asked a deputy attorney general (DAG) of Pakistan, representing the federal government, to obtain and file an affidavit by the secretary of the interior to the effect that the allegedly missing man, Khalid Shamim, has not been handed over to any other agency within or outside Pakistan.

Shamim’s wife Beena Khalid filed the petition, maintaining that she was travelling in the family car on January 6 with her husband, a water board employee. Shamim stopped at an ATM in Malir when some men belonging to the law enforcement agencies whisked him away. The incident was witnessed by many persons but no one could help her, she said.

During the hearing of the petition, the police came up with a number of documents, including the date of foreign trips made by Shamim. But his wife said he never went abroad. As a result, the court issued an order, seeking CCTV footage from the Airport Security Force and Civil Aviation Authority to establish whether he travelled or not.

The bench noted that in this particular case, even though an offence was reported the law enforcement agencies did nothing. It was as if the court was spoon feeding them as it is not the duty of the court to guide investigators on how to do their job.

The bench was not satisfied with the way senior investigators had conducted themselves in this case. “There is no difference between ordinary officers or senior officers present in the court,” the bench observed. The judges then asked the DAG to call the senior officers of the CAA and ASF to ascertain from them which agency was responsible for maintaining the CCTV records. The hearing was adjourned for November 30.