Pakist­anis need to recogn­ise that the root of countr­y’s proble­ms is a erosio­n of Allama Iqbal, Quaid-e-Azam's vision.
By Dr Riffat Hassan
Published: November 10, 2011
Tweet Email 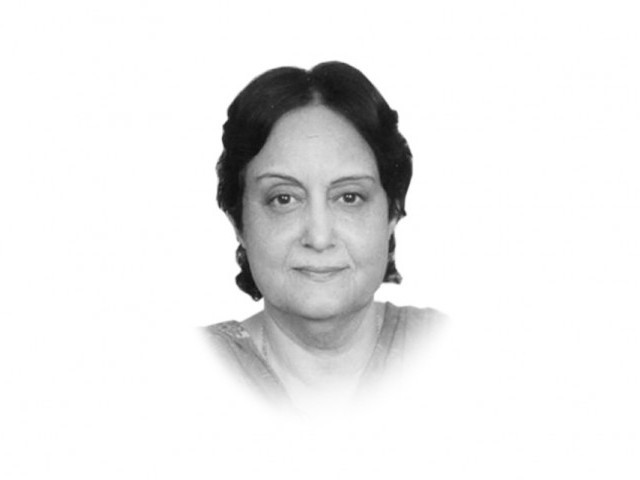 The writer is professor emerita of the University of Louisville, Kentucky

The times we are living in today are strikingly similar to those described above by Dickens. A fierce battle is raging between forces of good and forces of evil. Pakistan’s recent history is a stark illustration of this struggle.

In Pakistan’s troubled past there appears to have been much more darkness than light, though Pakistan is proudly proclaimed by many to have been Allama Iqbal’s ‘dream’. Unfortunately, very few Pakistanis understand the content of this ‘dream’, which was the outcome of a lifetime of deep thinking and feeling, study, creativity and prayer.

Iqbal’s ‘dream’ was that Indian Muslims have a state in which they could preserve “the culture of Islam inspired by a specific ethical idea”. By ‘the culture of Islam’ Iqbal did not mean the actual cultural practices of Muslims, but an ideal value-system based upon the ethical principles enshrined in the Holy Quran and actualised by Prophet Muhammad (pbuh).

Iqbal believed that the ethics of Islam were integrally connected to its polity. He became involved in politics because he believed that “politics have their roots in the spiritual life of man… It is because present-day political ideals, as they appear to be shaping themselves in India, may affect its original structure and character that I find myself interested in politics”.

In my view, Iqbal’s thought is Pakistan’s most important and valuable intellectual legacy. It is a great pity that this legacy has not been embraced or internalised as it should have been. From Iqbal, Pakistanis could have learnt, and still can learn, so much, for as Zakir Hussain, a former president of India, has observed: “What is it that Iqbal does not give to him who seeks? He gives strength to the weak and a meaning to strength. He awakens the urge for a full, all-round, harmonious development of personality, for the devoted and selfless service of social ideas which alone make life worth living. He gives to the pale anaemic calculations of the intellect the possibility to draw upon the unlimited resources of emotion and instincts, disciplined, chastened, ennobled by faith and by creative activity”.

Pakistan, today, is beset by a myriad of problems having a markedly adverse effect on the daily lives of the vast majority of Pakistanis who are experiencing unprecedented trials and tribulations due to massive misuse and mismanagement of the country by its rulers. Undoubtedly, urgent and serious attention must be paid to resolving these problems. However, it is critically important for Pakistanis to recognise that at the root of the country’s visible and tangible problems is an intellectual and moral crisis that is the result of the erosion of the vision of Allama Iqbal and the Quaid-e-Azam on which Pakistan had been founded. It was this vision that created Pakistan. It is this vision that can save Pakistan and safeguard its future.

Iqbal’s precious legacy has to be recovered in order to make Pakistan what it was intended to be. In the darkness that engulfs Pakistan today, Imran Khan is the only leader who speaks truth to power, boldly and fearlessly. He is — first and foremost — a reformer who entered politics, as Iqbal did, to ensure that politics remains rooted in ethics. He is the only leader in Pakistan who is able, today, to recover Iqbal’s lost legacy. He is called upon to do so as he embarks on his history-making journey. I wish him courage and strength as he goes forward in his quest.

The road to growth