Iran 'will respond with full force' to any military threat

Iran 'will respond with full force' to any military threat

Iran "will respon­d with full force" to any attack, or any threat of milita­ry action, says countr­y's suprem­e leader.
By AFP
Published: November 10, 2011
Tweet Email 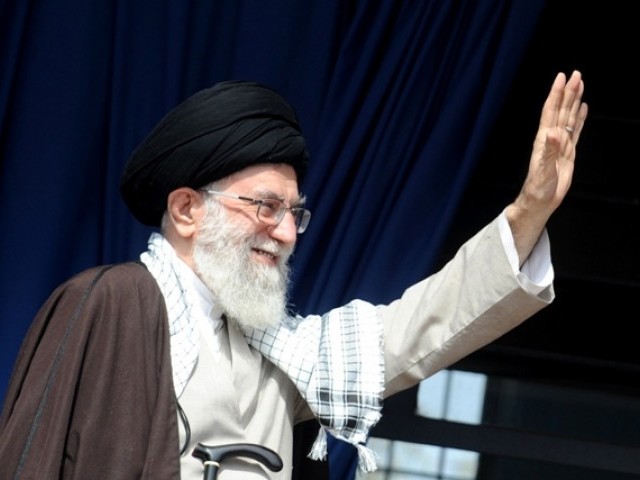 Iran's Supreme Leader Ayatollah Ali Khamenei waves to his supporters before starting his speech in the province of Kermanshah, west of Tehran October 15, 2011. PHOTO: REUTERS/FILE

TEHRAN: Iran “will respond with full force” to any attack, or even any threat of military action, the country’s supreme leader, Ayatollah Ali Khamenei, told students at a Tehran military college Thursday.

“The enemies, especially America and its stooges and the Zionist regime (Israel), should know that it is not Iran’s custom to invade any country or nation. But it will respond with full force to any aggression or even threats in a way that will demolish the aggressors from within,” he said, according to a statement on his official website.

Rhetoric between Iran and its two principal foes, Israel and the United States, has risen since the release Tuesday of a UN report saying there was “credible” evidence suggesting Iran’s atomic programme was being used to research putting nuclear warheads in ballistic missiles.

Biomimicry: Why the secret of technological innovation lies in nature’s engineering