Harry Potter is the ‘People’s Choice’

Harry Potter is the ‘People’s Choice’ 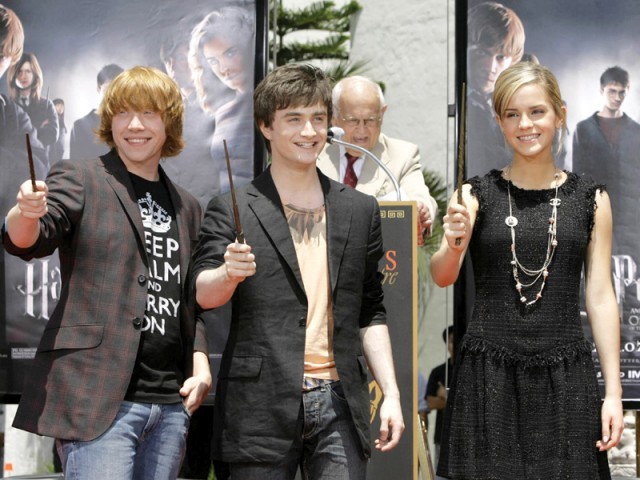 Nominations for the annual People’s Choice Awards were announced on November 8, with popular films like the final Harry Potter and the latest Pirates of the Caribbean and their respective actors being among the nominees.

Harry Potter and the Deathly Hallows: Part 2 and Pirates of the Caribbean: On Stranger Tides will compete for favourite film alongside Transformers: Dark of the Moon, The Help and Bridesmaids. The final Harry Potter film in the long-running series was the most nominated film of all and received nine nods in total.

Daniel Radcliffe, who plays the British boy wizard Potter, and Johnny Depp, Captain Jack Sparrow in the Pirates films, will compete for favourite film actor along with Twilight heart-throb Robert Pattinson, as well as Ryan Reynolds and Hugh Jackman.

In the TV arena, nominees for best network drama were “The Good Wife”, “Grey’s Anatomy”, “House”, “Supernatural” and “The Vampire Diaries”.

Nominees for network comedy were Emmy-winning “Modern Family”, which will compete with “The Big Bang Theory”, “Glee”, “How I Met Your Mother” and “Two and a Half Men”. “Glee” actors including Cory Monteith, Chris Colfer and Leah Michelle all earned acclaim in favourite comedy actor or actress categories.

The People’s Choice Awards, will take place on January 11, 2012 foreshadowing February’s Oscars. The People’s Choice winners as the name suggests are judged by popular vote and not by critics or industry associations like many other awards.

The People’s Choice Awards also are given in TV and music in some 43 categories. Organisers said more than 40 million people voted online or via mobile phones and social media websites like Facebook or Twitter for their nominees.